This is great info if you are interested in Twitter. Which I am embracing. Like any technology it's knowing how to use it that makes the difference. Thanks for the great pass and I appreciate to be able to pass it along. There are two schools of thought pertaining to who to follow on Twitter. One is what I refer to as the Guy Kawasaki method which says, "forget the influentials," "defocus your efforts," and "get as many followers as you can." It's more of a mass marketing approach.

Up and until Twitter imposed limits on the number of people that I could follow in a given 24-hour period, that's pretty much the school to which I subscribed and just about anyone and everyone qualified (minus the spammers of course).

Since then, I've had to be more discerning and have actually found that to be a good thing. So, here are fifteen suggested Twitter follow dos and don'ts based on my current Twitter follow modus operandi:

1. Focus your efforts - If you're in sales and marketing, hopefully you've outlined specific target markets based on demographic, psychographic and technographic profiles. Maybe you've even created a persona of the ideal client or customer. Find those folks and follow them.

One good way to do that is by using Twellow, which is a Twitter "yellow pages." It categorizes Twitter followers based on geography and industry and covers everything from aerospace to Web development. For example, a search on my city, Lafayette, LA, brought five pages of returns totaling 100 people. Not a lot, but consider that a) Lafayette is a small city by comparison and b) it's in the deep south which is often the last to catch on to new trends. If you're in a more metro area, chances are your returns will be manifold times this.

What might be more relevant is search by category. For example, Bizzuka, the company I serve as marketing director, is targeting the legal industry. A search for lawyers brought over 930 returns. We are also targeting healthcare. A search returned almost 100 hospitals.

Apply that same methodology to your own situation and see what comes of it.

Twellow defaults to ranking returns based on number of followers, but you can also sort by
recent activity and/or whether the person has verified their Twellow account.

Each person listed has a profile associated with their entry which, depending on whether they've verified their account or not, could contain lots of information, including a bio, latest Twitter updates (good for knowing whether they're an active user or not), and link to their Web site or blog.

3. Follow those who follow you - In most cases it's a common courtesy. Chances are they're in the same industry or have some relevance to you.

4. Follow those following the people who are following you - Same rationale as #3, just once removed.

5. Follow those following the people you are following - If you've chosen to follow a particular individual for whatever reason (maybe they fit the profile mentioned in #1), there's a good likelihood at least some of the people following them would be relevant for you as well.

6. Follow those in your industry - Obviously, one of the best uses for Twitter is as a vehicle for networking, gathering feedback and getting advice.  It's a great tool for meeting others in your industry or discipline.

7. Follow those you find interesting and/or entertaining - In all the mad rush to turn Twitter into a business communications and marketing tool, leave a little for pure fun. If you find someone's posts interesting, maybe they're worth following as well.

8. Follow those who use the same hashtags (ex. #nms08) to follow a conversation - Again, if they're interested in the same things as you, consider following them.

9. Follow those who @reply you - @replies can be sent into the public timeline addressed to people you're not following. If a user has addressed you in that way, might be fruitful to add them.

10. Follow those interacting with people you follow - If you see a tweet with an @reply addressing someone you're following that comes from someone you're not, they may be worth following. Check em out!

11. Don't follow those with numbers behind their names - This is a technique often used by spammers (Twammers) due to the fact that have multiple accounts. It's a dead give-away. (One word of caution: When setting up your Twitter handle, don't use numbers. Your real name will do nicely.)

12. Don't follow those with no avatar - If you can't see their face, company logo or some sort of avatar, don't follow.

13. Don't follow those who only broadcast - Unless you know it's an account set up strictly for that purpose - a news, shopping or "tips" type account - don't follow. If they don't participate in conversations with anyone else, they won't with you either.

14. Don't follow those who aren't active - I don't know the number or percentage, but I bet the number of people who've subscribed to Twitter and aren't actively using it is sizable. If a user is not actively maintaining the account, chances are it's dead.

15. Don't follow users based on their follower count - In social media, it's not necessarily how many eyeballs that count but who those eyeballs belong to. There are some very influential people who may not have huge numbers of followers.

There you have it - 15 tips for know who to follow and who not to. That's my list at least for now, though I'm sure I'll add to it. BTW, you can too! What criteria do you use in determining who to follow. Please share it in a comment. Thanks!

Finally, if you're not following me, please do. My Twitter handle is @pchaney. 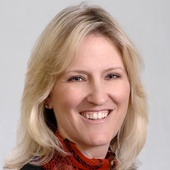