How often do you hear of a person dying from lung cancer caused by Radon?  The answer is probably not very often, if at all.  That is because over the past 22 years, lawmakers and the news media very seldom address this problem.  When Realtors and Home Inspectors recommend radon testing, they are met with skepticism.

Of the 21,000 persons who contract radon induced lung cancer, few realize the cause.  Dr. Lane Masthis Price, Director and Radiation Oncologist at Decantur General Oncology Center, is one of the few oncologists who insist on patients having their home tested for radon.

"People come into my office and say Doctor Price I just don't understand it.  How can this happen to me?  I don't smoke, nobody ever smokes around me, how can I have lung cancer?"

The day Dennie Edwards, a real estate agent from Elyria, Ohio was diagnosed with lung cancer in 2004, he could not believe it.  A former Marine who, always kept himself in prime physical condition, he went out of his way to avoid cigarette smoke.

Even though he had been a real estate agent for 31 years, he had never bothered to test his house for radon.

"Now I had to wonder whether my lung cancer was caused by radon exposure."  While the doctor scheduled his surgery, Dennie scheduled a radon test.  The result was 10 pCl/L, two and a half times the EPA's recommended Action Level.

Before he passed away last June, Dennie took every opportunity his health would allow to speak out about the importance of radon testing.

January is National Radon Awareness month.  Let's take some time to share our information about radon and its effect on people with our family, friends, and clients.

For more information on Radon, go to the EPA's website.

The above information was taken from a column by Dallas Jones, Chairman of the American Radon Policy Coalition.

Most people do not know this, but radon is the second leading cause of lung cancer in the United States and is believed to be responsible for an estimated 21,000 deaths per year.

I'm writing from Michigan.  According to the CDC, more than 600 radon-related deaths are projected to occur in Michigan this year alone.  According to the EPA, one in eight homes in Michigan is expected to have an elevated indoor radon level, and in some counties more than 40% of the homes are expected to have a problem. The only way to know if YOUR home has a problem is to test.

If you are a real estate professional, radon and indoor air is something you should know about. It is a serious health risk, but there are simple and inexpensive ways to test for it and fix it if necessary. Like any health risk today, it is something that more and more people know about either through a home sale or through the media. 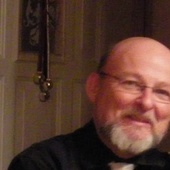