There is no question that it has been a challenging year in real estate, and 2009 will be plagued with many of the same problems i.e. short sales, foreclosures, financing difficulties , and appraisals that fall short of the purchase price, But homes did sell in 2008 and they will sell in 2009!

Sellers must make pricing their home correctly a top priority. In 2008, we saw asking prices vary widely as it was difficult for many sellers to accept the downturn in the market.  The homes that sold were the ones with realistic prices. The facts that really matter when when pricing your home are the selling prices of other homes in the area, followed by condition and location.

Below is a chart that shows closed homes in Independence, Ohio through the multiple listing service in 2007 vs. 2008.

The first half of 2008 was strong for the city of Independence, being well ahead of 2007 but then there was a steady decline for the second half of 2008.I think this can be attributed to the growing number of short sales and foreclosed homes.The downturn we have experienced can also be attributed to the tightening of the mortage belts, sellers staying put instead of downsizing or upsizing, buyers not buying over fear of losing their jobs, just to name a few. Even so it's not enitrely doom and gloom out there.

Pricing is everything.  In fact it is critical if you want to sell your home.  Find an agent who will give you an accurate listing price even if it is not the one you were hoping for. Visit the city of Independence to find out more about the faulous civic center, community services, and economic development, and so much more.

If you would like to buy or sell a home in Independence Ohio please contact Barb Szabo. I'd be delighted to speak with you. 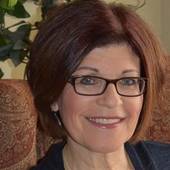