I went to a few seminars where the speakers where very excited about the FLIP Mino Video Camera so, as a Realtor who loves techie toys, I asked Santa Clause for one.

Yes, Santa came through with flying colors!  I was very excited and I could not wait to use it to provide virtual tours and video my son's indoor soccer games.

Well, I did tour a house for one of my buyers and I emailed the video to her with an explanation that I was NOT Drinking but it was my first video with my new toy.

Then I was at my son's soccer game...yes I was the rude person with the video camera...while taping the game the flip...flopped!!!  It just stopped working!!! It would not turn off or link to my computer.  I went back to Best Buy (where Santa builds his toys) and I had to wait while the Techie-Gurus tested my flip only to tell me what I already knew....it was broke.

I don't know about you but when I have something break that quickly, I don't want another one.  So rather than relying on the toy that kids are using to video themselves breaking bones while skateboarding,  I have decided to upgrade to a JVC Everio Digital Camcorder.  It is really cool! It looks more professional, it has image stabilization (so people do not have to question if I am intoxicated), and it has a built in 30gb Hard Drive for up to 7 hours of video.  So many features for just $140. more...it is worth it!!!

Now let's hope it last more than two uses like the flip!!!

Show All Comments
Larry Story ALC
Total Care Realty - Greensboro, NC
Beneath it all is the Land, Covering all of NC

I have been thinking of getting a Flip also.  My only question is it easy for you to download the other camcorder to sites such as Facebook and Youtube?

Sounds like you made the right choice the second time. I look forward to your new cinematic skills!  Good Luck Kath.

It's nice that Santa has a return policy of if not satisfied you can upgrade.  Hope you enjoy the new toy!

I'm glad you found a subsitute that works for you.  I bought a FLIP for my 10 year old for Christmas and she absolutely loves it.  Fortunately, hers works well and is extremely easy to use.

Larry,  it may take a few more steps to upload to youtube. I have not done that yet.  For me...It is more about the quality of the video.  Here is a link to see the commercial for the JVC.  I guess I now think of the Flip as a kid's toy.

Kevin & Steve...now I just need to get out there and work on my skills.  I hope to be impressing people soon.

Connie...Gotta love that Santa Claus, return policy and all! 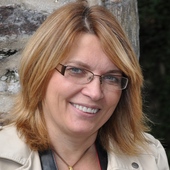