About 2 months ago there was an incident at a local high school here in Broward County. A student was shot on campus and unfortunately died. There was some speculation that some students had mention that a student was carrying a weapon. Not sure what ever came of it. But now Broward County has now started a tip line through TXT messages. These tips can be sent anonymously, if they wanted to.

I think its great that Broward County has adapted to technology and has given the students a way to inform personnel without feeling ridiculed by there peers.

Here is a caption from todays paper stating so.

Broward County<!-- no block elements are allowed here (P, DIV, TABLE, UL, LI, DT, DD, PRE, FORM, and H1-H6 html tags should all be avoided. Also BR should be avoided, even though it is technically an inline element, because it screws up our paragraph divisions). Spaces / newlines between the outer span tags also seem to have a negative effect in IE, eliminating the space after the link... --><!-- no ad -->

Click here for restaurant inspection reports Schools are keeping up with the high-tech times by offering students a new way to make anonymous tips when something dangerous happens on campus -- text messaging.

When Superintendent James Notter responded to Dillard High School immediately after a student was fatally shot in a crowded hallway on Nov 12, he realized that students nowadays communicate through text messages, said Joe Melita, executive director of the district's special investigative unit.

The school district has a 24-hour hotline students, staff and parents can call to alert district security staff of potential threats. Now they can also send text messages. Anonymous text tips should be sent to CRIMES or 274637. All messages must begin with SBBC, then a space follwed by the actual message.

Jeanette, great post.  It is a little scary with school crime becoming a trend.  I think that it is a great move to setup a texting alert system.

Great post and I plan to send it on to the 'powers that be' in our school system who currently have a ban on cell phones at school.  My children carry them anyway with my blessing.  My daughter's was confiscated a couple of years ago on a Friday (and could not be retrieved until school year ended) but I reassured them that by Monday morning she would have another phone.

Thank goodness your school system sees the ability to use technology for the good and not focus on the negatives.

Not fully sure how you can send an anonymous text, BUT it is a great idea. Those teens can text faster then they can speak I think. I hope it is very closely monitored.

Thank you for sharing this. I will be forwarding your post to our local Super Intendant. Again great idea... and THANK YOU-Dinah Lee 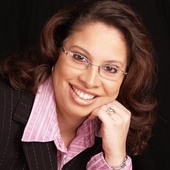