So last week I had an interview.  The interview went great and I felt pretty confident about it.  It is at my kids school,(to us help survive until things turn around in real estate)  Anyway, they told me they would probably start calling references on Monday or Tuesday, if they felt I would be a good fit.

SO, I get 2 calls from my references on Monday saying they had been called and it was going well.  Then today I got a call, this one really really touched me.  I have known his man for probably 5 years, he is close friends with my hubby.  My friend was telling me how he had wanted to make the referral more about my business ethic then personality.  You see,  a few years ago he and his wife were putting their house on the market.  They were struggling with what realtor to use.  They had their realtor from a few years before that and me.  They just weren't sure which direction to go because they were worried about our friendship, etc.  So they chose the other realtor, no hard feelings.  I respected their decision.

Well I knew they were in a certain price range and what they wanted.  I found out that a builder in town was giving 10 of his homes for pretty much what they cost him because he needed them off his back.  I called my friends and let them know, got them copies of all the homes, etc.  They were able to get in on this very rare deal.  I didn't represent them, I was just able to get them in on this deal.  I didn't ask for a % of the commission or anything.  I was just happy to help.  Well, apparently this really touched them. (I didn't know that till today)  They said even though they chose not to use me, they were so touched that I bent over backwards to get them in on this deal. AND that I expected nothing in return.  So he told me that he told the people that were calling about the referral about that time.  He talked about my integrity and heart, etc.

So did I get anything out of it at the time, no.  But 2 years later I got an amazing referral for a job AND, I will probably get a referral from them in the future.

That is a really touching story - I wish you all the best in whatever you choose to do!  :-)

it's great that you walk the walk. Rewards will come in time.

Just goes to show that you can never go wrong by doing the right thing by all the people you meet.  Good luck, its your turn for good things to come your way.

I do try to walk the walk and talk the talk.  It is something that is very important to me.

Thank you!  Hope you have a great week!

Thanks for stopping by and reading my blog.  I hope you are having a great month and great year!

That was so sweet of you to say, thank you!  It meant alot to me!

Brooke - Great story and patience is a virtue, featured at: HAPPY AT ACTIVERAIN

Thank you Robert, that means alot!

Thank you!  I hope you are having a great week! 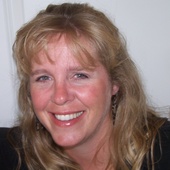 about 11 years ago
bookmark_borderbookmark
Should you be your own negotiator on a Short Sale?
View more Recent Posts   arrow_forwards