On New Year's Day 2009, after 65 dark years, more than 8,000 people gathered at Barnegat Lighthouse to witness the re-lighting of Old Barney.  This also marked the 150th anniversary of the lighthouse.  Lt. George Meade, a government engineer, was commissioned to build the lighthouse, and accomplished the assignment on January 1, 1859.  The light  was reduced to 80% in August 1927 and was extinguished in 1944, following America's entry into WWII in 1941, when German U-boats were a deadly threat to coastal shipping.  The new beam can be seen 18 miles at sea.  For more info go to www.longbeachisland.com/history. Welcome back Ole Barney! 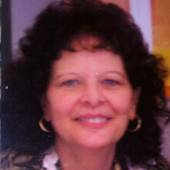