I have to admit that I was not very thrilled about the idea of attending the Boise Zoo with some family members. However, I felt obligated to provide the kids with an educational opportunity. I think the thought of looking at ordinary animals in the cold December winter, with wild-kids running everywhere could have played a factor in my non-enthusiastic dread. However, I was pleasantly surprised. Yes, the kids were wild but that’s a sign of enjoyment as they experienced the new animals. The animals turned out to be amazing. I had run by the zoo a number of times (as it is on the route that many local running races use) so I thought what could possibly be worth looking at in there. I imaged a few wild birds, maybe a llama or two, but nothing like the animal adventure that we experienced. My favorite exhibit was the tiger one. For some strange reason both tigers were actively pacing around and obviously excited about something. They didn’t even seem to notice us and were right up against the viewing glass a few times. There was one point that they started to play/fight, with each of them roaring and getting up on their hind legs. It was quite impressive. The kids enjoyed the Penguin House the best. They have it set up where there is a cross-section view of their habitat so you can see them diving, swimming, and walking on land. I thought it was interesting to learn about their various personalities. They had a board with each penguin identified and then described their likes and dislikes. The board also outlined their social connections—friends and enemies. It was also nice that the Penguin House did provide some warmth for a little bit. The weather was great but it was still December and you can only handle so much cold. The lion exhibit (which is part of a new African Plains Exhibit) was beautiful. They had 3 lions that were peacefully resting together in the green grass of the Pride Lands (quite a contrast to the tiger exhibit mentioned above). It made us feel like we were in the movie “The Lion King”. All we needed was Pumba and Timon to complete the picture. The most unique and awe-inspiring animal was a giraffe named Joseph. It was crazy how long and lean he is. However, it was slightly sad to see him all alone as his companion Shingo recently passed away. Joseph was obviously lonely and must have been fairly bored. He followed us around from window to window as we walked around to get a better view of him. I am happy to report that a new giraffe friend has been found and thanks to the generosity of the citizens of Boise, the $32,000 needed to purchase and transport the new giraffe has been raised. Due to the cold weather setting, the timeline for safely transporting a giraffe is very limited. I am quite excited to visit again and meet the new addition to the African Plains exhibit. So what started as a boring zoo visit turned out to be an African adventure that was enhanced by the generosity of the citizens of Boise. Here is a link to Zoo Boise that provides hours, pricing, and news updates. http://www.zooboise.org/home.aspx 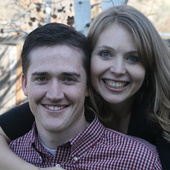