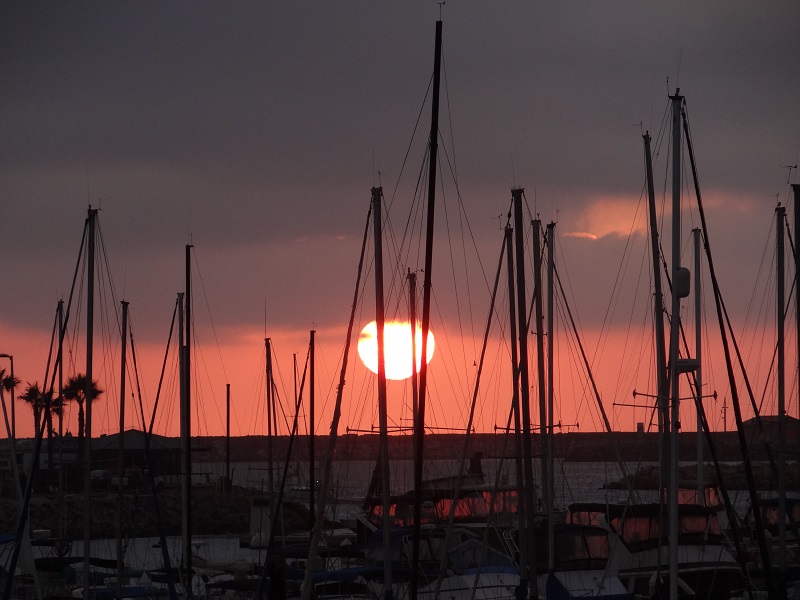 Oceanside is about 1.5 to 2 hours south of Los Angeles, depending on traffic, and about 45 minutes (around 40 miles) north of downtown San Diego. With almost 176,000 residents, per the 2019 census, it is one of the largest San Diego County communities - the 3rd I think - covering an area of about 41 square miles.

There are 6 miles of beaches, which adds to Oceanside's appeal as a vacation spot, and a vibrant, and growing, downtown commercial area as well as other good sized commercial, retail and industrial pockets mixed in with the diverse residential neighborhoods as far inland for approximately 12 miles. The major thoroughfares include the 5 freeway, that cuts through all the North County coastal communities, the historic Route 101 (known as the coast highway in Oceanside), Oceanside Boulevard and Mission Road (which run east and west) and the 76 and 78 freeways (76 is to the north, running east to Bonsall and Fallbrook).

Oceanside has the only marina with access to the ocean in North County San Diego; you have to go far south to the Mission Bay area to find similar marinas. Oceanside has a long history, with early development with the founding of the Mission San Luis Rey, on of 21 Spanish missions founded in California up and down the coast.

The downtown area was developed in the 1890s and growth continued, especially after the development of Camp Pendleton in 1928, which has resulted in a significant business and residential emphasis associated with military personnel.

Oceanside is undergoing a significant redevelopment, with new high rises, condos, a resort, work-live lofts, and more, and one has the sense of increasing vibrancy in the downtown area. Even as recently as 2022 we are still seeing commercial and residential growth in the down town area.

The train station in Oceanside, at Tremont and Michigan, is the end point of The Coaster, a commuter train running to San Diego, and Amtrak from Los Angeles has a number of trains that come through and stop.

The new light rail train, The Sprinter, runs from Oceanside inland to Escondido from a location further south of the main train station. The popular and well-known Oceanside Pier, the longest wooden pier on the West Coast, was built originally in 1888 around the time the downtown area was being developed.

Oceanside has remained a popular vacation spot due to the beautiful beaches which stretch for miles, the terrific weather, abundant services, plentiful shopping and places to dine.

In addition to private homes, condos and apartments, the coastal area west of the Coast Road along the beach is a popular investment property and rental area and densely developed. One such residential/rental community with ocean views and beach access is North Coast Village on Pacific at the north end of town Another popular tourist attraction in downtown Oceanside is the California Surf Museum, a wonderful collection of surfing memorabilia which provides an excellent overview of the history and influence of surfing on Southern California.

If you are ever in the area take time to visit this iconic museum, even if you aren't a surfer!

There are many opportunities for shopping, with strip and larger malls scattered along the major roadways and the presence of many of the major "package stores" like Best Buy, Wal-Mart and similar retailers. You'll find abundant shopping in neighboring Carlsbad, San Marcos and Vista. Oceanside also has a number of outdoor festivals, like other communities - jazz, art, ethnic and holiday fairs are common in the downtown area.

You can check for information on school ratings and much more on School Digger and Great Schools.

Housing in Oceanside is diverse, with apartments, mobile home and RV parks, condos and town homes, detached homes, and 55+ communities (Ocean Hills and Oceana are two of the better known communities for seniors). Many tract home neighborhoods were built in the 1970s and 1980s. Housing in Oceanside has traditionally been more affordable than its southern coastal neighbors, but prices escalated significantly from 2000 to late 2004 or so, as they did elsewhere.

Like other communities, the Oceanside real estate market has undergone many changes in the several years after this report was first written, with dramatic price drops and a substantial number of short sales, foreclosures, and REO properties.

As in other communities the housing market has shifted and prices have risen substantially in the 2020 - early 2022 period.

For updated information on the Oceanside housing market, inventory, pricing and recent sales please reach out to me directly at (760) 840-1360.

To learn more, you can SEARCH FOR OCEANSIDE HOMES FOR SALE

Hi Jeff, What a wonderful community post. You certainly make it sound every bit as wonderful as it is. I have been so distracted from the Rain and not getting my posts up. Me Bad.

Jeff, you write such wonderful, informative local posts.  I clicked on over to your video tour and got myself comfy in your vehicle.  Good thing you didn't hit any speed bumps.  Nicely done!  You even reminded me of the Google street view mobile (minus 7 cameras or so LOL).

Your first photo reminds me of one of our marinas. And one of our piers is very similar to the one you posted. But we don't have anything like the... are those townhouses? Row houses? What do you call those? They're really close together... and it looks like you park underneath? It's hard to tell from this angle. But they look pretty cool. I love seeing the different architecture in other cities.

Nice walk down memory lane for me, thanks.  I still have friends in Oceanside I keep in touch with via Facebook.