The Blairsville-Union County Chamber of Commerce has named Blairsville Realty as Business of the Quarter for the first quarter of 2009! Our Broker Robert Rogers, has been in the North Georgia Real Estate industry since 1995, and he is a native of Union County.

Robert is very glad to be back at home in our current location in Blairsville, Georgia. Robert previously owned and operated Rogers Realty Group from 2003 to late 2005 when he was given an offer he couldn't refuse to purchase his company. After selling in 2005, Robert remained in Real Estate, but concentrated his time and energy in development. Robert has been involved with the development of 3 North Georgia Mountain developments.  He was involved with the development of Harbin Woods in Union County, Meadow Brooke in Towns County, and Pinnacle Ridge in Rabun County.

After somewhat regretting the sale of his Real Estate office, Robert had the opportunity to buy it back which he felt was the perfect location in Downtown Blairsville, GA. He wasted no time with the purchase, and merged companies with his Brother David Hancock who at the time owned and operated Blairsville Realty. Blairsville Realty has been a recognized name in Real Estate around the Blairsville and North Georgia Mountain Area for over 20 years. Read the rest of this entry »

Hi Chad, I saw that you guys were being featured by the Blairsville Chamber! That's great! How are things going so far? Karyn

I really like it at Blairsville Realty. We have been really busy the past few weeks. How about you guys? Let's sell some Lake Nottely Property!

Ii hope to see you soon, hopefully at the closng table! 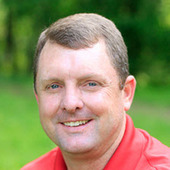 Real Estate advice in the North Georgia Mountains. ReVIEWS on things to-do in the Mountains, places to shop, and places to eat. ReVIEWS on where to go and what to see.