There was a fresh line reported in the Toronto Sun by Stephen Dupuis. It stated, "A new year, a fresh start". This is so positive, that I would like to share this with everyone.

The second half of 2008 is part of a year that we all would like to forget. Let's hope this year is a little less exciting, hope that there is a lot less negativity in relation to real estate news. The comparison between what is happening in the U.S. housing market and a projected similar outcome for Canada has been blogged and reported to death. At one point, I decided not to write any more bad news about real estate. Now, with a new year facing us, let's take a closer look at what the Canadian Home Builders' Asssociation (CHBA) has to report. Note the important word -- CANADIAN.

As the CHBA report notes, some of the media have drawn a parallel line between the Canadian housing situation and the extreme difficulties in the housing market in the U.S. "There is absolutely no merit in drawing such a parallel," the CHBA reports. There are enormous differences between both countries.

Among the many points - the CHBA cites underwriting standards, mortgage features, mortgage insurance, mortgage arrears, equity levels, appreciation trends, inventory levels and many other factors, all of which we compare favourably on.

On underwriting standards, the difference is that we have standards whereas in the U.S. there were no standards. On mortgage features, the U.S. had things we have never had -- teaser rates (the mortgage starts out at an artificially low rate and rises later in the term.) U.S. borrowers had this blow up on them when the rising rates and declining prices occurred.

In Canada, mortgage insurance is mandatory on loans of over 80% of the value of the real estate. U.S. borrowers got around that with something called "piggy-back loans".

Considering price stability - we are truly different here in Canada, thankfully. Home buyers should be reading the media information with an open mind, or discussing finances with a mortgage broker/specialist. Canadian prices DID NOT rise nearly as far or as fast as in the U.S., so we're not likely to fall dramatically either.

The final conclusion of the CHBA report is that "there is nothing in Canada that compares with the vast over-supply and plunging housing prices that characterize many U.S. housing markets, nor is such a scenario likely to occur."

Thank you Stephen Dupuis, Toronto Sun, for such a refreshing message to start what I hope will be a prosperous coming year. Let's all enjoy the Presidential Inauguration on Tuesday, January 20th 2009.

I can help you save time and money by shopping smarter;
http://www.bettybart.com/createnewclientuserid/whyregister.cfm

There is no time like the present to begin your investigations into a property purchase or sale that will lead to sound decision making.

Experience is not expensive; it is Priceless. 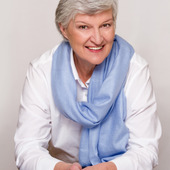