Well, it's about time.

For those that don't know me, I am an avid, if less talented, runner.  Unfortunately, one that has been sidelined for several months.  I'm finally back to running but because I haven't had a chance to build up my mileage, it won't be racing any time soon.

In the meantime, I'll be crewing.  The Snake River Half is a fast 1/2 marathon run every year by the Palouse Roadrunners just down the hill fron Pullman WA.  The course is an out and back with an elevation profile that looks like this: Ideal for someone that hates hills.

Since I can't run it though, I'll be assisting at one of the aid stations with the Asotin HS Cross Country team and their coach, Tim Gundy.

I haven't helped at many races in the last few years and I find that I miss it.  One year, while still in San Diego, I had the chance to crew all five ultra-running events sposored by the SURF (San Diego Ultrarunning Friends) club.  Watching others succeed was wonderfully motivating in my own racing.

If you're a runner and want to take on a dead flat course, look up the race at:  http://www.palouseroadrunners.org/RunningRoutes/SnakeRiverMap.htm

I gaurantee at least one aid station will be cheering you on wildly - including that old slow guy hanging with the kids. 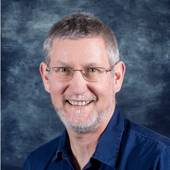