Please Visit www.mountaincabinrealtor.com for all of your real estate needs.

Union County Facts
Union County, the 88th county formed in Georgia, was created in 1832 from the Cherokee Indian territory. Union County was not named for its support of the North in the Civil War. The county received its name from a then emerging political party called the "Union Party" that was in existence 28 years before the Civil War started.

The county seat of Union County is Blairsville, which is the only incorporated community in the county. Blairsville was named for Captain James Blair, a negotiater with the Indians.

The county is rich in Indian lore. Of particular note was a battle between Creek and Cherokee Indians near Blairsville, the site of which was given the name of Slaughter Gap.

The area increasingly has become a recreational destination since the Tennessee Valley Authority created Nottely Lake on the Nottely River; and the development of Vogel State Park, a popular vacation facility.

Much of Union County lies within the Chattahoochee National Forest and, thus, is under Federal ownership.

Georgia's highest point, Brasstown Bald at 4,784 feet, is in Union County. An observation platform offers a spectacular view of the surrounding Smoky Mountains.

The festivals in the county include the Sorghum Festival in October and the Indian Summer Festival.

Unemployment:
Union County's unemployment rate in March was 3.2%, compared to 4.6% for the state, tying
Union County for 17th lowest in Georgia.

Education:
The Union County Public School System operates five schools and is the fiscal agent for the
Union County Head Start Program and Pre-Kindergarten Program.
Personnel:
400 certified and classified; 70% of the 210 certified staff hold advanced degrees; 26% have
Master's Degrees; 37% have Educational Specialist Degrees and 1% have Doctorate Degrees.
Facilities:
A new middle school building was completed in 1992 and a new $11 million High School opened in
2002. Woody Gap school was renovated in 2000.
Accreditation:
All Union County schools are accredited by the Southern Association of Colleges and Schools and
by the Georgia Accrediting Commission.
More information:
Please call the Union County Board of Education at (706) 745-2322 or

Worth Noting:
Last year's county-wide third-grade class finished first in the state in the Stanford Achievement Test
(reading and math), which compares student scores in third, fifth and eight grades to students
nationwide. Union County's children finished in a tie with third graders from Fayette County.

PLEASE BE SURE TO VISIT www.mountaincabinrealtor.com for all of your real estate needs.  Search over 10,000 listing free of charge and no need to register.

Show All Comments
Anonymous
Justin
You site says the largest employer is the school system with 300 "The largest non-manufacturing employers in the Union County area are: Union County Schools, 300" yet a little further down it says there are 400 "Personnel: 400 certified and classified; 70% of the 210 certified staff hold advanced degrees; 26% have Master's Degrees; "
Aug 24, 2009 12:41 AM
LIKE
#1
Show All Comments
Older Post Newer Post
Back to Top
Generate More Leads from this Listing
With a Trulia Pro Account
Learn More
Find what you need?
See More Blog PostsAbout Real Estate! SEE MORE NOW!
Rainer
50,736 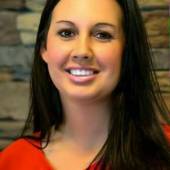