I have had a listing for one year.  During that time I have had 2 contracts on it and both times the buyers walked away because after 2 months the bank would still not give me approval!  The file was transferred this last time over 8 times to 8 different people!  The bank would have actually broken even on the deal if they considered the money they would net plus the interest the owners had already paid!  No one has lived in this house for a year, the bank hasn't gotten a payment in almost 2 years, the home has been vandalized and appliances stolen and twice I've given them the opportunity to close out their loan and because of their disorginazation and the fact that they have been given so much money by our Government, they have no desire to accept money from a valid sales contract.

Sorry, just venting.  It just doesn't make sense to me that tax payer money should go to help these financial institutions when they are doing nothing to help themselves!

The unwillingness of banks to negotiate shorts in "good faith" will continue to add to the foreclosure crisis.  The banks need to start accepting their fair share of the responsibility, they already got the cash!

Edna, I feel your frustration but the banks don't know how to manage real estate and are not in the business of being a holding house.  They just don't plain understand because they are not trained for it and while they should be numbers people, two plus two just doesn't equal to four.

Good vent though!  Hold tough.  Do not focus on "how dumb" banks can be but focus on the end result.

Edna, you have hit on something that a lot of people have yet to realize. The money the government gave these banks allow for them to just sit and stonewall. Hell, if you do not want to except the offer, then just reject it and send it back.

Ughh.. I hate to hear stories like these. They remind me of how backwards our government is in dealing with this crisis. I mean, wouldn't the money be better served paying for more staff at the banks to delegate the massive amount of work to (to help expedite the short sale/foreclosure process)?

Why we have so much trouble with this, I don't know. I just wish we had some smart people making decisions and not just shot gun decisions that are causing MORE problems to deal with!!

Thanks for sharing, Nicole Weidauer 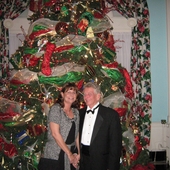 I'm all about beautiful Smith Mountain Lake, Virginia! Paradise is closer than you think! Lake front homes, lake access homes and so many opportunities available in the entire Roanoke valley. Let me make your home buying process as easy and as pleasant for you as possible! I look foward to seeing you here at the lake!