So, I was mulling over blog topic ideas with my husband. I was thinking of doing one about the mortgage bailout plan, or lack of... My husband mentioned that there's probably a reason why the politicians were so quick to bailout Wall Street and haven't done a thing about the bad debt (i.e. mortgages) on Main St... He mentioned that the reason might be that most politicians have a larger percentage of their assets invested in Wall Street rather than real estate, therefore they are fighting the fire that most directly affects them. I thought this was an interested point, and would be interested in seeing the average politicians portfolio mix (Real Estate vs. Paper). I think there could be something to that.

Most of us Main Streeters realize that the bad mortgage debts that were bundled and rolled up into more obscure ‘Securities' instruments have been the biggest drag on the economy overall.

I do believe that the government should focus more on undoing the damage that Fannie and Freddie did. These bad mortgage debts are what's dragging everything else down. Not saying that there weren't other problematic areas of the economy, because there certainly were. Fraud was/is rampant throughout. However, the biggest issue was and continues to be the bad mortgages and the instruments based upon them. If the government is going to try clean up this mess, then it should begin and end with the housing sector.

I agree!  America is talking, but Washington isn't listening!  The Banks and Wall Street's manipulation of Oil Company futures, created this mess, and our Government wants to give them More money???  The Fed wants banks to loan and free up credit, but banks know most Americans no longer qualify for loans, or just don't want to borrow! If the Fed used the "Bailout/Stimulus" money to refinance individual consumer's personal debit and mortgages, same as you do for Bankers, the Banks get paid back and now have money to loan, consumers now have manageable debit payments and feel confident spending again! Maybe 4% fixed for 30 - 40 years. Every they ignore the source of the problem, 1,000s more loose their American Dream!  We need a moratorium on Foreclosures NOW, until the plan goes into effect!!!  And don't forget, the next election is when we can show our elected officials what we thought of the way they handled all of this! 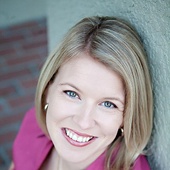