I just finished reading Debbie Summers' piece titled: "Leaving a Card Can Lead to Business". It made me instantly think of a time that I went to order a tuxedo at a local vendor for a cruise that I was about to take. The gal that waited on me was maybe 30 years old and had a semi-gruff look about her. There was a toughness in her voice yet she was friendly. I mentioned that I was in real estate and then as I always do, I ask the question: "Do you know anyone that needs to sell a property of is looking buy one?" The furthest thought in my mind was that I would get a positive response from this gal. She looked at me for a few seconds, then said that her parents were about to go to foreclosure unless they could sell their house fast. I told her that I could do it and I would be glad to see if I could pull it off for them.

I never thought that I would hear from them. However, they called that afternoon. I ended up listing the house the next day at a price that was really attractive, yet left them with a little money to get started again in an apartment. The morning that I listed it, I called a young couple that was getting married and had been in before. I "teased" them about this fantastic house and asked if they could come right up in an hour.

I got back from listing it, and the young couple was waiting for me at the office. I drove them back and they bought the house 20 minutes later. I closed that house before I sailed. My fastest sale under most improbable circumstances that was the result of just doing the right thing by asking and trying every avenue to nail a sale or listing. And, of course having pre-qualified buyers and knowing where to plug them in.

Let's hear some of your stories about the "fastest sale" or the "most improbable sale"........?

Maybe someone will learn something or be inspired. Lord only knows that we could use all the help we can right now. Could be fun, too!

Steve, now that is a fast sale.  How long ago did that happen?

Hi Russ, That happened four years ago when I was with C21.

On the other hand...........I had a sale that ended up taking 7 months to close. Had the purchase not been such a steal, the buyer would have bugged out much earlier. But, she hung in there and got the property at an excellent price.

Amazing story!  Thanks for sharing.  Great reminder as to why it is important to let everyone that you run into know that you are in the business.  Very inspiring.  Wish that I had a great story like that to tell.  Most of my business is sphere or referrals.  I have been fortunate to have clients who recently found the perfect home on our first day of showings this month.  But nothing to share as cool as this.  Thanks.

That is a great story.  It's nice to have one of those every once in a while!  I have really been trying to do better handing out business cards and making new contacts every day, you just never know who you might run into that could lead to a great post like yours!  Thanks for the motivation.

Hi Robin & Jennifer! Yes, we all need one like that. Everything lined up perfect. Funny, when I went on the 7 day cruise to the Carribean, we won $10,000 in the casino over the seven days! It was just my lucky time!

Steve that is a sweet story. Very cool. If we could only do that a few times a year we could take a few months off, haha!  ;)

Steve - Thanks for mentioning my post...  Our business cards are one of the most important "offline" tools that we have - Congratulations and thank you for helping a family to avoid foreclosure.

Debbie: Thank you! I took a look at your website and read your profile here on AR. I like the idea that you have about people getting a "feel" for the home that they want. Right on. Sounds like Cas & you make a great team. By the way, I have a brother that has lived in Orlando with his family for the last 20 years.

15 years ago I helped close on a real estate transaction where the couple was divorced.  The ex wife was an alcoholic and it was a nightmare to try to get anyone into the property for home inspections or final walk thrus.  The house had already been thru one contract that had fallen apart as a result of the uncooperation from the ex wife.

I was in on the second contract.  Working at my attorney's office we represented the sellers.  I handled the ex wife with kid gloves and really just took care to pay attention to her and empathize with her needs.  Home inspection, final walk thru, moving time went off without too many hitches (there were a few).  Closing happened and all were happy.  Happy enough for the seller to take me and my then husband out to dinner and express his gratitude.

Rebecca: Just got back from vacation......

Glad you were able to pull that one off! It is funny how sometimes we get along with people that we would never expect to. Persistence sure helps, too, doesn't it?

Your story sounds like mine when I bought my first house in 1981. Similar seller circumstances.......it took 7 months to close. But, the silver lining was that interest rates dropped from 17% to 10% when I closed!

PS: I liked your likeness on your profile......it almost looked identical to your picture. Keep up the good work!

I love that you are always asking thoes questions ... great work!!! 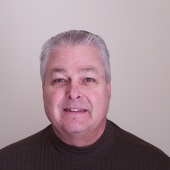