Recently, I reported about a new way to promote a development on ActiveRain: http://activerain.com/blogsview/847148/A-New-Way-to-Promote-Your-Development-The-Midwinter-Art-Fest-at-Dover-Bay

This article was before the event. We had high hopes. What actually happened was so much better than expectations. Not only was our Dover Bay shown in the best possible light, we actually wrote up a reservation for a sale, and supported our community and art movement in a way better than we could have dreamed of. Here is what happened, and will be published in the Sandpoint Reader. By every account, the 35th annual Sandpoint Winter Carnival was a great success. Certainly, as the pictures prove, there were hundreds of people at virtually every event. Congratulations, Sandpoint.

These are indeed trying times. Festivals, carnivals, and events like the Winter Carnival are normally measured in dollars taken in, numbers of people attending, and units sold. During good times, these events are celebrations, a way of showing off your community. This Winter Carnival almost wasn't. The last several years have seen declines in attendance, and many of the people who put on the show in years past now are on to other things. When the backing evaporated, it looked like the carnival would be no more. That is when a small group of people stepped in to take the baton. First, Steve Meyer, vintner and owner of Pend d'Oreille Winery was the first among several to raise his hand when asked to volunteer to put on the Winter Carnival. The question was put to the Recreation and Tourism Council during a meeting at the Sandpoint Chamber. What followed was a creative group that found many new events and happenings to put on, plus pledged to continue with some old favorites. Tawnie and Brent Sleeps of Sleeps Cabins, Chris Bessler of Keokee, who put together the main website, furnished much of the printing and much more, Lisa Gerber of Big Leap Creative, and Steve found advertising dollars, put together the ads, and started the kernel for what ended up being one of the best winter events in a decade. Not long after their initial brainstorming sessions, Ralph Sletager, developer of Dover Bay, and several Realtors from Tomlinson Sandpoint Sotheby's International Realty pledged their facilities, and several thousands more dollars for advertising for what became Sandpoint's largest winter art event: the Dover Bay Midwinter Art Fest. This came from an idea I had started a couple of years ago to try and get art out of the studios and galleries and out to the public, and seemed a perfect fit for the Winter Carnival.

Many others put in great effort, time, blood, sweat, and tears, and the end result is still being felt a week later. People like Kathleen Hyde of the DSBA, Amy Little from the Sandpoint Chamber, and Denise from the winery, plus many others came together to put on the show. Our community, like so many others, was suffering under the weight of an uncertain future. Even those of us with jobs and no immediate financial problems are more than just concerned. The weather has been heavy and bleak, gas prices too high, and the familiar sounds of boats plying the waterways last summer seemed long forgotten.

Then a minor miracle happened. Gas prices went lower than they had been in years; the weather not only improved, but fantastically so; a new president was sworn in to office; and a bit of optimism crept into the picture.

This is where the Sandpoint Winter Carnival and Midwinter Art Fest became the tipping factor in the equation. People came out in droves, had a fabulous time, and came back the next day for more. This is what happens in New Orleans during Mardi Gras. It is a celebration that lifts the soul.

There were lots of ancillary happenings, like Festival poster artist Janene Grende painting live at the Coldwater Creek Wine Bar during the Winter Carnival ArtTrek, Karaoke, live music at the Panida, and more.

Here is what happened:

On Thursday the Taste of Sandpoint had, by some estimates, 500-700 people. The venue was the new Sandpoint Event Center. This was, again, an event that almost didn't happen due to the flooding repairs underway at the originally intended location: Cedar Street Bridge. Unfortunately, the Bridge wasn't ready yet, but Amy Little performed a minor miracle, and booked the Event Center just in time. Many old favorites were there, but two newcomers immediately caught the interest of the crowd. Claudia Dick's new 41 South and Gary and Laura Peitz's Dish sold out quickly. Chef Gabe Cruz of Dish said their offerings disappeared in less than fifteen minutes.

Friday was a big day with over two hundred spectators watching a live fire performance dance at the Pend d'Oreille Winery by Bio Luminesce. Across the street at Taylor-Parker,  Patrick Sande of Schweitzer Mt. showed the ski movie Jib Jam up on the wall complete with popcorn and all for no charge. Later, Brent Sleeps tended the Bonfire on closed off Main Street, while half a block up, over 700 oohhed and ahhed at the Rail Jam with local skiers and boarders showing off their moves.

Saturday morning the Midwinter Art Fest kicked off with snow shoe volleyball that lasted from 10am to 4pm. Brats and beer were sold at the café to benefit Tyler Cordel, a 14-month old boy diagnosed with stage four Neuroblastoma cancer. There was even a polar plunge, though it was in the heated pool. What followed was truly unexpected. Expectations were for around 500. Final numbers were over 1,000. People came as much to see the neighborhoods of Dover Bay and the marina as the art. After the event, as we raced up to Schweitzer to watch the Torchlight Parade and Fireworks, we passed the Bonner County Fairgrounds. They were having a benefit for Tyler, and also expected 500. The final tally was over 1,700! Schweitzer had between 1,500-2,000 people, and, as usual, the light show was spectacular. Every event, every restaurant was packed. People were walking all over town and were talking about what they had done that day, and what they were going to do tomorrow. The final day featured a start with the K-9 Keg Pull in the alley behind Eighardt's. Certainly there were dozens and dozens of dogs, plus over 300 people. Still can't decide what was funnier, the dogs or the owners.

There was no event that did not have hundreds of happy, smiling faces. Even the Chili Cookoff and Fudge-O-Rama at the Bonner Mall was packed. What made the week-long fest even better was the mix of folk and every walk of life. One of the people that most enjoyed the Rail Jam was over 80, and many of the contestants actually walked to the jam. At the art fest, an adorable child of the grand old age of nine years related how she had just finished paying for two works of art she had purchased by making hand-made greeting cards.

The e-mails that flew out after the Carnival all said the same thing. Success! Dan Young, who graciously volunteered to DJ the Bonfire and Rail Jam said, "The way you all put this on, it's not like your first year. It's like you've been doing it for three or five." Patting ourselves on the back notwithstanding, something magical happened this last weekend. Our community and people who are concerned about it and love it came together. We saw lifted spirits, laughing children, saw great art, tossed down a beer or two, helped a small boy, had some fun, and remembered what a special thing it is to live in this inspiring place.

See all the pictures of the Winter Carnival at www.SandpointWinterCarnival.org

See all the pictures of the Midwinter Art Fest at www.MidwinterArtFest.com

Special thanks needs to go out to the students of the Key Club and Honors Society from SHS, plus their advisors, Wendy Auld and Connie Kimble, plus the National Guard and our great soldiers for volunteering during the Rail Jam.

Here are some of the e-mail comments:

* The tourism committee rocked on this event, Amy did her usual amazing job on the radio and elsewhere to thank sponsors and pump up the event, Chamber members throughout the community volunteered for various aspects of the event, the rail jam was the single most exciting feature added to winter carnival in 15 years, and if you think of this event as a multi-faceted crystal and walked around it you would see it reflect the passion and enthusiasm that people share for Sandpoint whether they are formally connected to Chamber, DSBA, retail, etc. etc.  It is more important that these people are connected to Sandpoint.  From conception to cleanup - well done.

* Having attended several events I would like to say that this is the Winter Carnival I envisioned we should have but couldn't do myself.  You all should feel very proud of this monumental accomplishment.  I was thrilled to see our community filled with a mix of local folks and visitors.  The various events were also of great variety and interest.  Your passion contributed to the success of this event and you did a great thing for our local businesses & lodgers.  Thank you for your contributions of time, expertise, money and everything else.

We could not have asked for better weather for our incredibly successful Winter Carnival.

I must say that I was very proud to be part of such a hard working team.

I made the loop several times on Friday night stopping in at all the venues to make sure people were out and about.

I received nothing but positive feedback. The restaurants were full and the streets were lined with people.

I was out at Dover on Saturday and saw more of the same. It was great!

Thanks again for all you did to make Winter Carnival a success, Remember, you can learn all about Sandpoint and North Idaho at http://SandpointID.net and about Schweitzer Mountain Ski Resort at http://SkiSchweitzer.net

You can see all the pictures of the Winter Carnival by visiting http://SandpointWinterCarnival.org

See the pics of the Midwinter Art Fest by going to http://MidwinterArtFest.com

For all your Sandpoint and North Idaho Real Estate needs, call Gary Lirette and his team at 208-610-1384 or e-mail Gary at gary.lirette@sothebysrealty.com 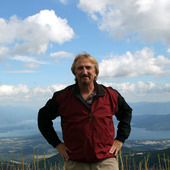