I was recently hired by my client to inspect his house not because he was selling it or buying a house. But because his family was getting sick with respiratory infection every month  from living in the house. The client told me over the phone that he just had a mold removed from both the basement and attic of the house, and wanted to known what was causing all this mold build up in his home. The following pictures show the cause of the mold problems in the home.

Most of the HVAC ductwork was crushed. Bathrooms vent are discharging in the attic putting unwanted moisture and helping the mold to grow. A active water leak from a valve. This is the opposite side of that stucco wall. The stucco and the synthetic stucco are in the earth allowing water to be sucked up into the wall and styrofoam. The soffits were covered by stucco blocking air flow to the attic and the roof. The grading around the house was sloped in the wrong direction. Great finds. Makes you feel good when you just flat out help somebody hey? I am sure these people really appreciated all the hard work you put in.

Thanks Ian it did feel good helping the client and his family. I found a area of the house that mold people missed. The installers did very poor job installing the stucco on this house. They did not know how too do the job but took the job anyway, now they are gone and home owner and his family are left hanging.

Amazing how many problems showed up.  One or two might have been ok but I guess the camel's back was broken.

Wow, I hope that family is back to being healthy very soon. Thanks for sharing. 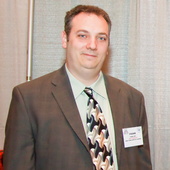