I decided to write this blog after being recently introduced to the hypnotic pair who performs at the retro cozy hot spot called The Red Fox Lounge in Winter Park, FL (by Orlando). When I went to this quaint 1970's time capsule I saw a performance of a lifetime from the Vegas-like duo of Mark Wayne and Lorna Lambry (they are said to be friends with Wayne Newton). Mark and Lorna had all eyes on them and the crowd under their spell. Love was in the air and couples of all ages were letting loose on the dance floor to a variety of music including renditions of "Fly Me to the Moon" and "I'm Just a Gigolo." Mark played the synthesizer and occasionally sang while Lorna's role was to sing and dance while randomly playing the tambourine. The crowd ranged from camouflaged country and trendy college to decked out socialites and 1950ish war veterans...we were somewhere in between :)

The energy in the room was electric and contagious. As I looked around I saw an attractive young couple lapped up and smooching at the bar while simultaneously a classy 70ish couple was swing dancing between tables. Cocktails flowed while tambourines and maracas were being passed around the room for everyone to join in. I will definitely be back for more.  If you live in the area or plan to come to Orlando for business or vacation, make sure you schedule a night to see Mark and Lorna.

A little history behind Mark and Lorna:
-The husband and wife team have been married for over 39 years years and performing at The Red Fox Lounge since 1991. The two-some are rumored to be the inspiration for the Saturday Night Live skit about a lounge act, the Culp's, which were played by Will Ferrell and Ana Gasteyer. Paula Pell, an SNL writer and former Orlando resident has been said to have frequently seen Mark and Lorna's act while she was living in the Orlando area.

The Red Fox Lounge is located inside the Best Western Mt. Vernon Hotel which is across from Houston's on    17-92 in Winter Park, FL

Gee, just reading your blog brings back memories. We used to live in Lake Mary and Winter Park was a favorite haunt for dining and shopping. Thanks for the trip down memory lane.

I'll put it on the agenda for next months visit, thanks Sheila!

The Red Fox Lounge sounds like a lot of fun!

Don't forget me if you learn of anyone moving to "The OC!"

Vickie, Thanks for the comment.  Those are two of my favorite towns in the area.  I also love Park Street shopping in Winter Park.  All wonderful and fun areas! ...Sheila

Hi Sheila - I loved reading your post.  It certainly sounds like a great place to go.  I'm in the Orlando area every now and then as well in the Sebring area.  The next time I get into Orlando I'll make it a point to check the show out.

Kevin..Good Morning.  Hey, shoot me an email when you will be going and I will try to go also.  Have a successful day!  Sheila

Hi Michael! Thanks for stopping by my blog.  You are in the other "OC"  I will definitely keep you in mind...please do the same :) ....Sheila

Will do, we're hoping to be there mid month.

Hi Jon! I appreciate you checking out my post.  When you do get a chance to come to the Orlando area let me know.  I can give you a few spots to check out..whether it be food, fun, entertainment, etc.  Definitely check out Mark and Lorna though.  How's the business in Ohio?...Sheila

You ought to see if you can get Steve & Edie to perform with Mark & Lorna - a match made for each other!  Good post, Sheila.

Nice blog.  You write so very well!  Sounds like you would do very well as a lounge/restaurant critic for the local paper.

Renee, Thanks! What a nice compliment! I appreciate you stopping by :)

The Red Fox Lounge sounds like a trip back in time that could be fun for a night Thanks for sharing the good times! 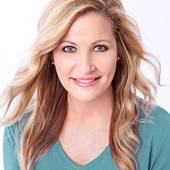