Check out this website for details on the federal tax credits visit ENERGY STAR at http://www.energystar.gov/index.cfm?c=products.pr_tax_credits. 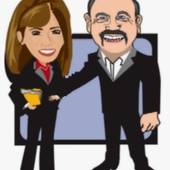