TALLAHASSEE, Fla. - Jan. 27, 2009 - State Farm announced today that it's pulling out of the property insurance market throughout Florida.

State Farm Florida - the state's largest private homeowners insurer - estimates that the move will impact up to a million customers. The company plans to continue its other insurance divisions, including auto, which has about 2.8 million customers.

State Farm blames the state for its move. On Jan. 12, Florida regulators denied a State Farm request for a 47 percent average rate increase.

"Although this is disappointing news for Floridians who have been loyal customers of State Farm, we are not surprised by State Farm's decision to stop offering all property insurance in Florida," says Florida Insurance Commissioner Kevin McCarty. "We have been hearing for months of possible plans to make such a move in Florida, including a document submitted ... as recently as Dec. 5." McCarty says the state will carefully review State Farm's plans and "explore all legal options as well."

The Florida Legislature could also become involved. "It is important to note that we have been working with state Sen. Mike Fasano, (R-New Port Richey) to develop legislation that will significantly limit the number of non-renewals a company can issue in a year," McCarty says.

Current State Farm policyholders will not see any changes in the near future. The Office of Insurance Regulation has 90 days to approve State Farm's plan. If approved, State Farm must then provide 180 days notice to customers before any policies can be non-renewed.

Should Insurance companies get a bail out and hold policy holders hostage?

Groups:
Dedicated Bloggers
Localism Brainstorming
Out Of The Box!
Quote of the Day
The Sunshine State

I just saw this in the paper...wow...."like a good neighbor"....guess you know who your GOOD neighbors really are now!

Loopholes!  Always a darn loophole it seems.  Too bad the average consumer can't take advantage of a loophole once in a while.

I just saw this article in Wall Street about State Farm leaving Florida.  Must make it hard for Florida consumers.

Donna I agree it does seem a one way system with these companies. 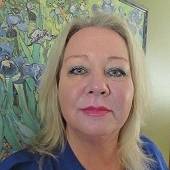