ALGONQUIN - The Irish Pub and Restaurant occupies the building that was formerly The Claddagh Irish Pub in Algonquin Commons.  The beers have  names like "Midas Touch Elixir," "Monty Python Holy Grail" and "He'Brew" - self-proclaimed the "chosen beer."

Barley House added lunch to its menu Monday, after four days of dinner-only service. Jason said the reception had been good so far, despite the fact that some of the rare brews command more than $20 a bottle.

"We sold a lot of $10 and $25 beers," Jason said. "People are going out fewer times now, but when they do go out they are spending money."

Jason, president of Twelfth Night Restaurant Group and 20-year veteran of the industry, believes there was a need in this area for a beer bar, common in Chicago. But the father of two also wanted to create an affordable, family friendly restaurant. Children's meals are served on Frisbees that they can take home. No entrée will command more than $20, and wine sells for $3 a glass.


The idea was to create a fun, relaxing atmosphere. There are bowls of free popcorn on the tables, tucked into the cozy confines of what was formerly Claddagh Irish Pub at 1520 Randall Road. But this is more than a Celtic oasis. Jason recruited his sister, Pam Johnson, a school teacher from Algonquin, to modernize and brighten the 8,800-square-foot interior. There are flat screen TVs at the elaborate bar and in the dining rooms. Staff members dress casually in blue jeans and the menu is punctuated with jokes.

"Before you can get a Hamm's [beer] you have to sing the song," Jason said.

Jason, who along with other family members also operates The Barn of Barrington in Barrington and the Walleye Grill in Huntley, relies on loyal staff to help him manage the three locations. The chef at Barley House, David Johnson (no relation), worked with him at the Walleye for six months prior to the move.

Barley House beer club: Drink 200 beers in a year and receive a $50 Barley House gift card, shirts and a cap. 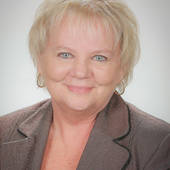