As many of you know I am not a huge fan of Austin Carr as a FSN announcer for the Cleveland CAVS.   He is extremely repetitive and gives everything a nick name.  Well today my friend Joe Woodward sent me a Facebook post about the Austin Carr drinking game on ESPN Cleveland.  Joe, single, 27, Akron, Hunter, Enginerd, INDIANS FAN, Steelers fan… can be seen below:

There is a little bit of controversy as to who came up with this drinking game but games like this can occur with anything repetitive, i.e. “Roxanne“.

Here are some examples of what comes out of Austin’s mouth:

I am sure there are many more that I am missing.  He does not like Arena names that are long.  Dallas plays at the American Airlines Arena.  This is too much for even Austin to repeat so he simply replaces it with the city name.

Most common phrase “L-Train, throws the hammma down, in the Q.”  Maybe he is starting to grow on me but I am glad that the game tonight versus Orlando is on TNT.

There's really no "controversy" as to who created the game. Nothing of the sort appeared on the internet before December 12th, 2008 when I created a thread on www.realcavsfans.com with rules to it.

Here's the link to the original one.

I've been sent my own work in emails in the past week or so with of course no mention of the original author. Kenny Roda made up his game over a month and a half after my post started spreading around the internet. Roda is a hack.

Dude - did you really post with pride a picture of you with a baby dear you shot and killed? A baby deer? Really? Whatta pussy! Maybe you ought to turn that rifle on yourself!

oh, and go cavs! (i guess we can agree on one thing) 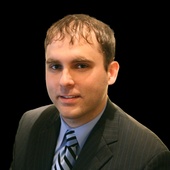