Andres Duenas wrote a great article (above) and I just wanted to add to that.

I agree that while our economy is strained and we keep hearing parallels to the great depression we must remain optimistic. Opportunities are present in our business but we must create a mind shift and move with the times, the housing market must begin it's recovery and the rest will follow. You bring up some very valid reasons as to why the housing market is in line for recovery, i.e. home price at or near rock bottom, interest rates at historic lows, gas prices somewhat stabilizing, but I think you might have missed one very crucial element, Down Payment Assistance Programs. I feel it is vital for the recovery of the housing economy, a great shot in the arm that we in the business must support and push for.

Down payment assistance (DPA) programs in the U.S. had a major beneficial impact on the economy last year, creating $38.6 billion in revenues, 235,000 jobs, and $4.6 billion in total tax revenues, according to an economic-impact study done by two well-respected California economists, Dr. Robert Waste and Dr. Robert Fountain.

Some highlights of their research:

Fact Sheet Study Summary
Support H.R. 600   The Waste/Fountain Study supports the passage of H.R. 600 - FHA Seller-Financed Downpayment Reform Act of 2009, a bi-partisan bill introduced by Representative Al Green (D-TX). Reformed DPA will play a key role in generating homeownership at no cost to U.S. government or taxpayers, according to a Congressional Budget Office (CBO) report.   Send a letterto your elected officials in support H.R. 600 and DPA. 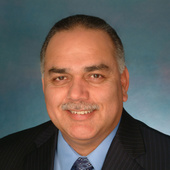