Real estate in Genoa stretches along the foothills of the Sierra Nevada Mountains. Homes in the foothills enjoy cooler summer temperatures as well as magnificent views of the Carson Valley and Pinenut Mountains to the east. Two prime examples of luxury living are Genoa Lakes and Eagle Ridge. Home sites start in the $400,000s at Eagle Ridge. Generally, buildable lots are scarce along the Foothills with starting prices in the $300,000s.

Genoa is the oldest permanent settlement in Nevada and one of the most attractive communities anywhere in the American West. Mormon Station, the original name of the settlement, was established as a trading post in 1851 to serve the wagon trains as a resting and re-provisioning place between the deserts of the Great Basin and the granite barricade of the Sierra Nevadas. The town that grew up around the old Mormon stockade was named the seat of Carson County, Utah Territory, in 1854 and of Douglas County, Nevada Territory, in 1861. Mormon Station was Nevada’s first town and its first boomtown, not because of mining, but because of agriculture. The character of the town has been preserved, and many of the original structures remain in tact.

The Genoa “Candy Dance” originated in 1919 as an effort to raise money to purchase street lights for the small, but enterprising community of Genoa. It has continued through the years as an annual event in late September.

To get a feel for the character of Genoa, visit these links: 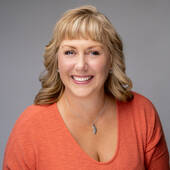