Well it seems my prediction of a real estate recovery early in 2009 is so far true.  That's the main reason I haven't blogged in a few days, (I've been busy).  The Mercer Tazewell Multiple Listing Service is up 50% in residential sales for the month of January compared to last January.  Overall sales are up about $800,000 dollars this month from last year.  What was interesting also was our median sold prices and average sold prices are both up.  Our average sold price went up 30% from January of last year to January of this year, although comparing the entire year of 2008 to 2007 the average price rose only about 1%.  Median sold price went up 60% from January to January, and if you compare the median sold price of January 2009 to the entire year of January 2008 it is up 9.6%.

A prospective customer of mine was discussing a piece of property that he was interested and I mentioned how the market had picked up in Princeton, WV Real Estate, and he proceeded to tell me how horrible it was everywhere.  Well the numbers speak for themselves as a market we are up, as an office business is up, and I have been busy writing offers every week so far this year.  I hope 2009 stays like January all year and it will be a good year.

Thanks for the update in your area.  It is important for buyers and sellers to listen to their local agent for what is going on.  In California we are still seeing foreclosures dominate the market. 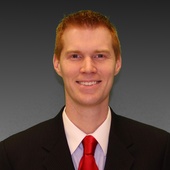