Home > Blogs > Abe Loper > Abe Loper's (chicagoabe) Blog
bookmark_borderbookmark
In the aftermath of the recent storm of foreclosures, I've heard and read a lot of people sharing their thoughts on who is responsible and what caused the problems, how to fix the problem, how not to fix the problem, etc.  More often than not, it's lenders and adjustable rate mortgages that take the brunt of the blame.  And, certainly, in many cases, that is absolutely the case.  But, I want to introduce a new perspective to the mix.
Though I agree that 30yr loans are best, and that there ARE "slick" and "greedy" lenders out there, it's important to note that ARMs have been around for a long time and are not inherently bad.  They are NOT good for everyone and they are NOT a way to avoid fiscal responsibility.  However, they are incredibly useful if you are a medical resident, or if you've just started a job that will allow you to earn more money in the near future, as well as if you have no intention of living in that home for longer than your ARM term.  Most of the ARMs that have been closed in the last couple of years have been 3-5yr ARMs (only about .5% lower than 30yr fixed rates), which provide the client with a good bit of time to get their finances, debt, and income into good shape before their rates change at all.  I was the victim of a predatory lender when I bought my first home.  I know what it feels like to be the client, and now that I know the industry as a broker, I know what a sleezbag looks like from the inside.  Putting people into ARMs isn't bad.  Putting people into mortgages that they can't afford is.  That being said, it's just as likely that a client will be placed into a 30yr fixed rate loan that they cannot afford as it is that they will be placed in a 5yr ARM that they cannot afford.  Without justifying the terrible people who pray on their clients, it's important to realize that the rise in foreclosure has more to do with increasing rates of spending and consumerism in America.  We, as a nation, have lost our sense of self control and are living beyond our means.  This knowledge should be used by brokers like my self to hlep people understand the gravity of their choices.  Those who don't counsel their clients in such a way are irresponsible as lenders.  However, I think you'd be shocked to see what sorts of unnecessary things many people charged to their credit and debit cards during the months leading up to their foreclosures.
I hope my heart for the client is heard here and not an attack or defense of any position.  I'm just trying to bring some balance to what seems to be an unbalanced discussion.  Thanks for reading.
Abe
Like favorite_border
favorite_border 0
repeat 0
bookmark_borderbookmark

"ARMs ... are NOT good for everyone and they are NOT a way to avoid fiscal responsibility."

Abe, this is a key point. Consumers have choices. They can educate themselves so that they can make more informed choices. The information is available. To answer your question, 'who's to blame?'  We all are.

For a while there is was could make the stupid loan.  That is why you see so many lending instutions going out of business now.

Like
Melanie Ross
Coldwell Banker Solano Pacific - Benicia, CA
Benicia CA & Vallejo CA Real Estate, 707-319-2828
Great Post.  It is so easy to want to point fingers everywhere.  The bottom line we are responsible for our own actions.  Emotion does play into decisions people make which what some bad apples prey on.  Not sure how they sleep at night, but then it is all about them, not the client.  It is imperative that our clients and each one of us has a clear and common understanding of what is in a loan package.  Sometimes that package does fit their needs, is workable, but "stuff" in life happens to change that.
Like
chevron_left
Older Post
Back to Top
Newer Post
chevron_right
Rainer
14,304 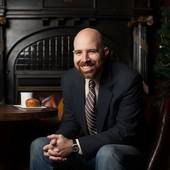 about 13 years ago
bookmark_borderbookmark
Takeaways that aren't taken...why do we even bothe...
View more Recent Posts   arrow_forwards