This week I will finish harvesting the worm casting material from my hardworking nightcrawlers in the basement. I've been scooping about 3-5 lbs of casting material, seeds, egg shells and worms out of the bin into a wiremesh basket. The basket is then placed on top of the new bin, out in the light, such as it is in the basement. The worms head for food, darkness and new digs without a lot of hassle from me The process takes about two days, then I fill the basket again.

This week, the first canteloupe were available and the worms always love the rind and seed "stuff". Plus when Duke and I walk in the dewy early morning, my shoes get SO wet. To stave off the scent of jungle rot in them, I stuff them with newspaper, changing for dry paper a couple times a day. This time of the year, they still do not dry out completely. The wet sheets of newspaper are either tucked into the edges of the worm bins or put out on the big compost pile to continue decomposing.

I've used a lot of the casting material to enhance planters this spring. I have a neighbor who started a new violet bed adding a bucket of worm dirt, while another gets a bucket of worms and dirt for her tomato patch. This pot was part of a failed attempt to move some bulbs, but the volunteer tomatoes are in far better condition than the ones we started in the proper peat pellet environment. They were outside until shortly before the Easter Freeze. Then, they went to the basement for a couple weeks under lights until the temperatures were more comfortable for them. Today, they posed in front of lemon clover/sheep-shower and fallen poppy petals. There is a melon or pumpkin vine in the mix.

I am primarily a vermicomposter, but there are some serious worm farmers in Missouri.  The climate lends itself well to the maintenance of larger beds that become bait or provide commercial casting sources. The commercial guys have some really impressive equipment to separate the castings from worms, egg shells, egg capsules and things that didn't decompose like shredded sample credit cards. I have a little screening set up, but mostly I use raw castings. A climate that gets enough rain to keep things GREEN lends itself to doing the duties such as composting to restore the soils. 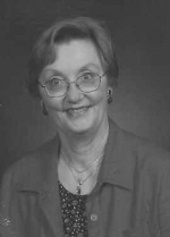