So..  I've decided to write about one of my favorite subjects... Colorado.  As a girl growing up, I dreamed of one day living in Colorado and, now, for the past 27 years, I'm living the dream.

A college friend asked me this week if I didn't just freeze here in Denver.  My answer:  "Absolutely not!"  Ok.  There was that first winter here where there was a streak of 30 days in a row that the high didn't get above zero.  But that wasn't typical.  We actually have fairly mild winters.  Can you say golf in January?  When you think Colorado and skiing and the pictures of  snow, that's up in the mountains mostly.  Sure!  We get snow.  Early last week it was really cold (I had to put on a coat) and we had several inches of snow.  By Saturday it was 70.  We had a little dip the next few days, but today and tomorrow it's back up to the 60s.  The highs are only supposed to be in the 40s over the weekend, but, hey... it's January.

Typically, April is our snowiest month here in Colorado so even though some of the trees are beginning to bud and I've heard birds singing this week, that will all change in the next month or so.  They'll realize THAT was a mistake.  It's definitely still winter.

By the way, the friend who asked me about freezing lives in Houston.  I'd much rather spend a winter in Denver than a summer in Houston! (wink wink)

Groups:
Active Rain Newbies
Blogging & SEO
The Art Of Marketing You
The Lounge at Active Rain

Brenda, Your doing great! I read all your blogs and enjoyed them all. Many in the EAst, south and West do not understand our weather. Too bad for them. We are the fortunate ones with snow in the mountains and sun and warmth in the city to play golf, tennis or go roller bladeing. My grandson is coming over after his homework is completed this afternoon; six or seven blocks on his blades for exercise. Great, isn't it. See you around, Bill the new guy

I agree with you both. I've was raised back East in VA. I've lived in several other states. This plase is SO beautiful. I love my home and never want to move again! I love the snow and the cold and the sun and the fun!

I live in Suffern, NY but I have kids living in Denver and It's lovely.  Most of the time the weather there is milder than the weather in NY and you definitely win the prize for days of sunshine!  We try and make it out there at least once a year and combine our visit with some travel.  Besides the weather you've got miracles of nature all around you.  We love it!  Enjoy!! 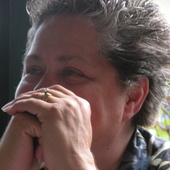