Forgive me if I appear to be stating the obvious, but our free-market economy is based on a delicate balance of supply and demand.  Usually, with minor adjustments to the supply of money, we can maintain that delicate balance.  Not so in the past couple of years.  As the cost of gasoline, heating fuel, groceries, etc., has gone up, and wages and the jobs have diminished, the ability of consumers to BUY has gone down, right?  The "demand" side of our economic equation is grossly out of balance with our capacity to make things.  When there is no demand to buy the things we make, there is no need to pay people to make those things and massive jobs cuts happen. Sound familiar?

In order to fix our economy, we MUST create demand for goods and services.  Americans need to start buying - houses, cars, appliances, computers, food, clothing, computers, etc.  But if they have no money, or are afraid of losing their jobs, or are hording their cash to weather this financial storm, they aren't buying, right?  How do you create incentive for them to BUY?

Crazy Idea #1:  Give the Economic Stimulus Money to American Citizens to SPEND on Goods and Services.

At last count, the price tag on the economic stimulus plan was approaching $1 TRILLION.  If you took that $1 TRILLION dollars, divided it by every American citizen (roughly 250 million people), it would approximate $4,000 per citizen, right?  Put that amount on a debit card -- $4,000 per American citizen - and hand them out.

The credit cannot be deposited into savings accounts or used to pay down on their mortgage.  The debit cards can only be used for a down payment on a house, to buy cars, appliances, pay for daycare, school tuition, school lunches, gas for their cars - they can be used only to BUY goods and services, and they are only good for 18 months.  If you don't spend the debit card within 18 months, it expires - you lose the money.

Can you imagine how many consumers would line up at car dealers to buy a new or used car?  Can you picture people pulling out their debit card to put a down payment on a home, whether it's their first, second, third, or an investment property?  The car dealers would run out of cars and call Detroit, saying, "Make more cars!" and Detroit would hire workers to make more cars, and they would call companies in Grand Rapids to order more parts to make the cars, and Grand Rapids companies would hire workers, and the taxes paid buy all of those workers would build roads and improve school lunches, and so on and so on ...

After all, it is OUR money they are talking about spending.  Shouldn't we have a say in what it buys?

The economic stimulus plan calls for income tax cuts for middle-income Americans from 25% to 15% of their gross wages.  Great idea.  It would noticeably, positively and immediately impact the bulk of American households. For example:  If your family income last year was $60,000, this tax cut will put $6,000 more in your pocket to spend this year.  Could you use an extra $500 a month in after-tax income?  If your family income was $100,000 last year, you will see an extra $800 a month in your take-home pay."

Can you imagine what would happen if everyone, not just middle-incomes, paid a 15% income tax over the next few years?  Do you think those folks making household incomes of $300,000 who would have $30,000 more disposable income wouldn't go out and BUY THINGS ... or invest in companies who hire workers?

If you begin to focus on real-dollar, disposable-income increases for the vast majority of Americans, you will begin to build hope in people.  Not false hope, but real hope and (consumer) confidence that they will be better able to feed their families, make their car payments, keep a roof over their heads and maybe even have a little money left over to go buy that new refrigerator.

It's simple. No government bailout, no throwing money at the problem.

Can you imagine how many people with money invested in 401K's which have lost 30% of their value, or CD's that pay next to nothing, or savings accounts, would RUSH to buy distressed real estate?   Real estate agents' phones would ring off the hook with calls like this:  "I've only got a half a million left in my investments after AIG destroyed me.  I want to buy eight of those $40,000 foreclosure properties fix them up, and sell them (or rent them) and when I sell, I get to keep every nickel of profit. Let's go shopping!!!"

Will those investors do the work?  Of course not.  Most of them will call plumbers and electricians, furnace and air conditioning people, tile and carpet installers, window replacement companies, and so on and so on ...

Suddenly (within 12 months), the glut of homes forcing real estate values down would be absorbed by the private sector, not by the government, and the homes left on the market are those in marketable condition, not distressed condition and the trades people will have jobs fixing them up.

Crazy Idea #4:  Reinstate consumers' ability to write off interest paid on credit cards, auto loans and second homes.  Those interest write-offs were eliminated during an inflationary spiral to curb excessive spending.  We are in a recessionary plunge now; we need it reinstated.

Crazy Idea #5:  Get rid of the "partisan politics."

Whether you support Democrats, Republicans or are independent, all of us will petition to eject our politicians from office if they don't put aside their partisanship and start working together to fix our economy.

This economic crisis is enormous. It will take ALL of us, rich and poor, conservative and liberal, black and white, to fix this.

We must all start tugging on the same end of the rope.

Even if htye gave all the homes away to all it would be cheaper than what the government is proposing. 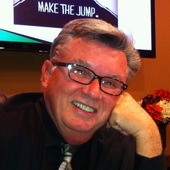