Relief could be on the way. This will be a huge incentive. I have heard that they are working to make this available at closing... Mike Riedmann, Prsident of NP Dodge Real Estate

Last evening the United States Senate unanimously passed a bipartisan amendment, offered by REALTOR® Champions, Senators Johnny Isakson (R-GA) and Joe Lieberman (ID-CT) to the Economic Stimulus Bill creating a $15,000 tax credit to individuals who purchase a home in the next year.

Specifically, the Isakson-Lieberman amendment to the pending economic stimulus bill would provide a direct tax credit to any homebuyer who purchases any home. The amount of the tax credit would be $15,000 or 10 percent of the purchase price, whichever is less. Purchases must be made within one year of the legislation's enactment, and the tax credit would not have to be repaid.

While the final details of the Stimulus Bill are still being debated, this amendment represents a tremendous step forward in NAR's efforts to stabilize housing markets around the nation.  Because of the efforts of REALTORS®, we expect the final Economic Stimulus Bill will contain several major housing provisions.  We will continue to update you as the bill progresses through the legislative process.

I hope we can get some relief and get it soon! I really think we can get the buyers to start coming out of the woodworks!

I think I may put a for sale sign in my lawn then too!  Apparently it isn't just for First Time Home Buyers???

I think you are both correct!  I too would be putting a for sale sign in my yard. 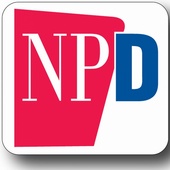