The point of social media is without a doubt to have the ability to reach a wide audience. Any number of these networks can give you the ability to connect with thousands if not millions of people. The young generations that grew up with constant access to computers have firmly embraced this phenomenon, and more of the so called "older generation" have begun to join the ranks as well.

These days anyone that wishes to can join a site such as Facebook, Twitter, Myspace, LinkedIn, Wordpress, Blogger, and this list goes on and on. Anyone that feels they have something to say and wants others to hear it can simply join up, log on, and type away as much as they like and it's absolutely free. The fact is that the vast majority of social networking and blog sites are completely free to the members that join up and go to work.

For those of us that use social media as a form of advertisement for our services, the possibilities are limited only by you. There are tons of them out there and they all have tons of users, users that might be willing to use your services. But if you are spreading yourself too thick by not getting your word out to as many outlets as possible, you may be doing yourself a disservice. Obviously there are too many for you the focus a ton of time on each one, so you will have your favorites that get the majority of your time and attention. Nothing wrong with that, I have my favorites also.

But, I do make a concentrated effort to spread my words as far as possible and once get a routine together, then it's not that hard. But the more places people see you, then the more they will remember you. Your face will be there in front of them on a regular basis and this makes you stick out from the crowd. Much the same way that sending out postcards and newsletters on a monthly basis used to put you in front of your target audience, now social media sites have given you the ability to do the same for free.

So why not take advantage of this free offer? If you spend all your time in one place, then you miss the opportunities that you would have had if you spread yourself a little thinner. Maybe everyone is not involved in the one place that you play and you would be better off somewhere else. You never know until you try and all it takes is a little time on your part. It can be well worth the effort I assure you.

I think you are correct.  I am looking to spread out some.  I should have my new website up in a couple of weeks and I am waiting for that to do so.  Thank you for sharing

Thanks for sharing this information.

I am just starting to embrace the social networking thing and just signed up on Facebook.  I could not really understand the "craze" until this morning when I saw 130 people who I went to high school with on Facebook.  It is unbelievable. I want to concentrate my efforts on just a few for now to get the hang of all this internet socializing. I could spend days and days just creating and establishing the few that I have signed up for including AR.

JL - I've been doing the Social Networking thing for quite sometime now.  AR still is numero uno in my book and I've branched into Facebook & Twitter.  There are many ways to become "Known" over the internet these days.

Nate- I thinks it's a good idea, I have done so and will continue to.

Marty- It takes a while to get started good, but once you get the hang of it, it's not that bad to maintain.

Sardi- I focus on many sites, and obviously AR is one. I've been at it for a little over a year and I will continue here and in other places as well.

JL:  Good advice.  I just started getting into Facebook.  Don't understand Twitter at all. But you are right.  The more places we put ourselves, the better.

Chris Ann- I don't totally understand them all either, but I'm willing to give it a shot.

JL you are absolutely right.  I try to budget my time and therefore my exposure on different sites and media.  Only I am but one person and can only type on one keyboard at a time.  I am trying to get my assistants envolved but they don't quite have the fever yet.

Larry- Keep working on them, the fever will catch them.

Jl...I am afraid to spread myself to "thin".  When things get moving really well again, I would hate to note be able to keep up on all the sites and have to drop out making it look like I am no longer in business.

Bill- That's one way to consider it, but as for me, I will continue to plug away at as many as I can. 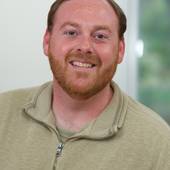