The Havelock school, which opened in 1961, was named a No Child Left Behind Blue Ribbon School for 2008.

The school was just one of six in the state to receive the national honor, said Principal Kathy Leffler.

The award comes from the U.S. secretary of education and honors schools that are either academically superior or that show dramatic gains in student achievement to high levels.

Schools are nominated for the award on the basis of test scores being in the top 10 percent of the state. Leffler said receiving it requires an in-depth analysis of five years of testing data that includes student subsets such as race, sex and disabilities.

After submitting the information, the school then had to wait on 2007-08 Adequate Yearly Progress reports from the N.C. Department of Instruction before learning it had won the award.

The school was one of just 320 elementary, middle, high and private schools in the country to receive the Blue Ribbon designation.

Congratulation to the hard working students and faculty members at Arthur W. Edwards Elementary School. Keep up the great job! 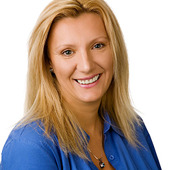