Wells Fargo appears not to have a conscience.  After we taxpayers gave them $85 billion in bailout money, the company planned a 12-night junket to Las Vegas to "thank" its emloyees for a job well done.  The junket was canceled when lawmakers criticized the lender and accused the company of misusing $25 billion in taxpayer bailout money.

Melissa Murray, a spokesperson for Wells Fargo stated that the conference is a company tradition and that they never planned to use bailout funds for the trip.  "It's really important that our team members are still valued and recognized," she said.  I would like to remind Ms. Murray that these employees still have jobs; they are gainfully employed instead of joining the thousands of others previously employed in the lending field in the unemployment lines.  One would think that gainful employment in this economic crisis would be enough gratitude.  Instead of wasting money on this sort of extravagance, Wells Fargo should be giving this money to homeowners struggling to stay in their homes.

If these lenders had been doing their jobs properly, our country quite possibly would not be in this financial mess.  What would their reward be then?  Personally, I think all of Corporate America needs to look closely at its top personnel, and those who led their companies and our country into this giant problem should receive their walking papers.  Let them apply for unemployment.  Instead, these executives received millions in bonuses paid for with taxpayer bailout money.  Common sense by the top administration of these companies clearly isn't common anymore.  This insanity has got to stop.

To read more on this topic: 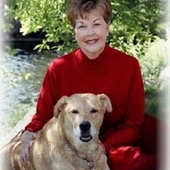