This is the last you will hear from me on this topic, I promise.  The irony of the following two articles appearing in the same issue of  The Oregonian this morning was just too good to pass up.

The headline of the first article appears in large bold print on the front page of the Metro Section E:  UO raises bar for applicants.  Citing an increased enrollment of incoming students that is overwhelming existing classroom space and necessitating the placement of 400 incoming freshman in off-campus housing due to a lack of dormitory space, the University of Oregon has received approval from the Oregon State Board of Higher Education to raise admission requirements.  New applicants will now be required to have a 3.4 high school grade point average to qualify for automatic admission rather than the previous requirement of 3.25.  This is an effort to reduce the number of new students in future years.

Now move on to the headline in even larger bold print on the front page of the Sports Section C:  Knight Arena put on fast track.   Today was the ground-breaking ceremony for the $200 million state-of-the-art basketball arena at the University of Oregon and a timetable for completion that shows a sense of urgency that somehow makes no sense in light of the academic program situation.

$100 million for the arena was donated by Phil Knight and it will bear the name Matthew Knight Arena in honor of his late son.  As a parent whose worst fear is to be predeceased by one of my children I can undertand his motivation.  But that still leaves another $100 million to be accounted for and concessions and alumni donations are the goal of making up the shortfall.  In this economic climate financial goals are merely goals as opposed to realities.

My point is that the timing is terrible.  Soliciting donations for construction of a sports arena when those monies could be better spent on the mission that the University is trusted by the public to do - educate their children in an environment conducive to learning - is completely irresponsible at this time.

Will those players sporting Phil Knight's Nike logo all have a minimum 3.4 GPA before they are allowed on the court?  We can only hope.

Regarding the sports vs. academics issue: my research on that ongoing debate is posted here-  www.youtube.com/luddite333

Interesting take on the technological advances in sports medicine area.  The emergency diagnostics are applicable to all segments of society and could be tested in the professional sports arenas as well, and the franchise ownerrs would be more than happy to pay for the research for potential PR in the future if it is a top  seller, thus funding the research.  No taxpayer funding required! 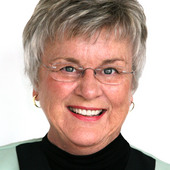 Events and Commentary on Life in Oregon's Wine Country.