Okay, so it is this Country's national sport and pastime. It is what us Canadians love to brag about!

Hockey!They say it was invented here in Canada on some frozen pond many years ago. The images and stories of boys,playing hockey on some frozen lake in the dead of winter is stuff that legends are made from.

I enjoy watching the local team here in Vancouver. The Vancouver Canucks. I have been a fan since the mid seventies and try to keep tabs on what they are doing! The Canucks for the most part,  have not had a winning tradition but a losing one. Okay, yeah I know, we have had 2 cup runs in 82 and 94 which we lost the latter in the final game. Okay, I will give you that!

So which brings me to my story, a few weeks ago the Canucks were on a miserable losing streak and were playing the Sanjose Sharks in Sanjose. The Sharks are one of the top teams in the NHL and hadn't lost on home ice all year. Our local heroes were up 1-0 with approximately 30 seconds left on the clock. ( you guys know where this is all going right!)

I, like many other 2 thousand times before hand started to nervously work on my manicure, but sans any scissors, armed only with my teeth.You can just feel in the air what was about to go down, but you thought in your own delusional mind "nah,  eh were good, we just got to get the puck out of our zone and we will be fine eh" Yeah okay sure eh!

So my hands were clammy and I was getting nervous eh, so I took one last swig of my beer like that was going to help anything, and in a flash like a bad re-run, the Sharks tied the game 1-1. SUP-RISE EVERYBODY!

My dissapointments and the feeling of disgust were at on all time high. I contemplated shutting off the t.v and just drink more beer, but the damn overtime was about to start,can't do that! So here we go in a 5 minute overtime sudden death period( which means if you are scored on, the game is over)!

Okay! So I resorted to talking out loud to the t.v. motivational stuff like , SCORE A GOAL YOU @#%$% LOSERS! YOU SUCK,LET STICK IT TO THOSE DAMN SHARKS! (like they the players were magically TELEPATHICALLY THRU THE AIR WAVES going to hear some idiot drinking beer at home in his favorite recliner give them a some kind moral boost!) I REALLY and truly wanted to believe that we were going to upset one of the best teams in the league! I really did, NO REALLY! We were going to win this one.We have too! I was ready to bet my next residential house commission on it! ( no, not really, but this sounded good so, I typed it in here) WE WERE READY TO GIT ER DUN! YEAH HOO! WE WERE GOING TO WIN! I JUST KNOW IT EH!

So a minute after the Sharks scored and won the game in overtime by a score of 2-1, I sat looking at the t.v with a blank stare with my beer in hand SULKING and looking like my dog just died. My wife called 4 times about helping her put the wee ones to bed! APPARENTLY, I DID NOT HEAR HER!

Seriously, all kidding aside, I came away that evening with a few things that made a difference for me! One of the things I came away with that night was...."IT'S JUST A GAME"!

I mean, win or lose, is it really going to change my life for the better! Sure a win will make me feel better, but that is only until the next game!

The other thing I learned was you can never replace QUALITY time with the family! I mean my kids are small for a short time and I would like to do positive fun things that they will remember me by.( yelling obscenities and gulping beer like a out of control sailor, is not a  trait I want my kids to remember me by!)

I guess, everything in moderation, spend time enjoying yourself on fun activities, but keep a perspective on what is important! After all it is just a game eh!

Have fun, and be safe,

Enjoyed your post!  It is interesting to hear and learn more about this sport!  I am new to the world of hockey, really starting to enjoy it alot!  I am not from Canada, but from a little spot in mid-Texas.  Not much opportunity to go on the ice, but I like to watch the Dallas Stars!  You are right, it is about family time!  We grab a bowl of popcorn, some queso and chips, a few bottles of beer and enjoy our family and friends in front of the tv!

Hockey?  I thought curling was the national sport of Canada!!  :-)

Loved your post. My family and I are huge hockey fans here in North Carolina. We have some great family time together while watching our team. One of the most amazing times that I've had with my children was actually up your way a bit. We took the kids to the Hockey Hall of Fame and Wayne Gretzky's restaurant in Toronto. My kids were so totally in awe the whole time. As a parent nothing compares to watching the world through your childrens eyes. You have to make the most of each moment because in the blink of an eye, those kids are grown.

I wish we were bigger fans.  I'm a Blackhawk fan.  I grew up watching Bobby Hull, Espisito and Stan Mikita.....then we went through the dry spell.  Now it seems as if there's a resurgance.

thanks for commenting on my blog! Hope you enjoyed it.

I have a lawyer friend who loves hockey. A few years back we used to make about ten Canucks games a year. Now it might be one every two years.

Thanks for the post. Wow that is alot of games , more than I go to!

Hey dario - come and post it in our Abbotsford Keller Williams group..:-)  Hey Larry - the Blackhawks were my favorite......i loved bobby hull! (that dates us a bit doesn't it?)t 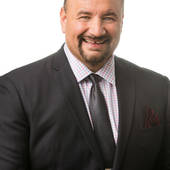