It's No Different This Time

With fear and uncertainty running rampant, we can look to the past as a
means of illuminating the future.
The economy and the markets over the past 30 years have had their share of
downturns. We have had some really tough markets in the mid '70s, early
'80s, late '80s and at the inception of the new millennium.

Each of these time periods provide some clues about what's to come, namely:
The banking system will hold together; now is probably a better time to buy
than to sell; investors will return to transparent investments that they
understand.

It's no different this time, but at market extremes, there are always
delusional proclamations that "It's different this time." It was different
in 1975, 1982, 1990, 2000 and 2008. (My apologies to those of you who were
there in 1932; I wasn't.) It's usually scary. There is always significant
damage, and it always looks like it's going to get much worse at the bottom.
That's called "trend-line thought."

Trend line thought is leading people to believe that all credit markets will
continue to get worse and that the market will continue to go down. Thinking
faster than reality unfolds is leading other people to believe that the
enormous bailout by the public sector will bring on inflation quickly. It's
not possible that both are right. We can't have deflation and re-inflation
at the same time. Neither will happen right away, but the re-inflation
scenario will win out over time.

Forget about the "fat lady" singing at the bottom of a market cycle. She is
in the corner, crying and wailing. She's worried about how much worse it's
going to get, and she's converted everything she owns into cash for
protection against the coming Armageddon. Analysts and companies don't
recognize a turnaround until quarters after it has come. The closest we come
to a fat lady is in watching what central banks are doing.

When the markets create enough fear that all investors are driven down into
preference for short-maturity investments, the only place one should go is
to lengthen maturity preference over the next several years. As fear
recedes, the money in short paper goes to notes. Then notes go to bonds, and
then bonds go to stocks (with their infinite maturities). This always
happens and always will.

In 1975, we were talking about the solvency of the banking system. Several
categories of distressed credits threatened to bring down the entire system.
Mortgages were not a problem, but real estate investment trust loans, tanker
loans, a possible New York City bankruptcy, midsize- to small-business
loans, credit card loans, emerging market loans and weak retailer balance
sheets (WT Grant had already gone bankrupt) all threatened the banking
system in the midst of a prolonged and deep recession.

Franklin National Bank, the 20th largest bank in America, had been declared
insolvent under opaque circumstances involving a corrupt financier named
Michele Sindona in 1974. No one knew what would come next. The stock market
had been annihilated, with the Dow dropping from a peak near 1,000 to under
600. It was back to the low 800s by November, but people were worried it was
a rally in a bear market. Yet the banking system was able to internally
finance its way out of this mess and on to the next recovery.

The banking system has been threatened before. Market observers worried
about systemic risk during the 1970s, during international currency crises,
during the Long Term Capital debacle and they worry now. People worried
about it a lot, but we made it through.

The U.S. experienced a double-dip recession in the 1980 to 1982 period.
Federal Reserve Chairman Paul Volcker was engineering a secular disinflation
with the support of the Reagan administration. We had two recessions back to
back, oil's price had been whacked dramatically and the stock market had
taken a huge hit. The Dow went from over 1,000 to about 780 in less than a
year.

The Fed was attacking the double dip after having caused the recession
originally in an attempt to break inflation. People were generally worried
that the Fed was pushing on a string. The week of Aug. 17, liquidity started
re-entering the market, prompting stocks to turn well before the economy.

The market sailed along until August 1987, when it peaked around 2,700.
There had been both fundamental and quantitative signals showing that the
market was due to become bearish in the fall. Even though we were somewhat
prepared for a lower market, the crash was staggering and left everyone
wondering what would come next. Paul Tudor Jones had correctly predicted
that derivatives were an accident waiting to happen and profited from the
crash. The crash took the market from 2,500 to under 1,800 in two days. The
regulators had to invoke trading restrictions to give the Fed time to inject
liquidity into the system. A lot of people on Wall Street thought the world
was coming to an end.

The failure of the UAL (nasdaq: UAUA - news - people ) deal in 1989 prefaced
a very difficult market period that also spoke to the end of an era of junk
finance. This was punctuated with the failure of Drexel Burnham in February
1990. Michael Milken would have to go to jail. There was wailing on Wall
Street. People thought it was the end of the world. It wasn't, it was only
the end of the world as we then knew it.

The Resolution Trust Corp. was formed in 1989 to clean up the huge real
estate mess created by the savings and loan industry. The underlying
fundamental strength of the economy and the financial backdrop of low
inflation financial led to a decade of financial market prosperity.

When you're scared out of your mind, it's a good time to buy, not sell.

When the dot-com world blew up in the year 2000, the market result was
different. A new generation of U.S. stock market investors had been weaned
in the 1990s with the promise of 10% per year. The 2000 to 2002 period broke
that promise. Many investors abandoned stocks.

Neither cash nor bonds nor art nor commodities were yielding the magical 10%
per year, but homes were. So the mad rush to buy a house--or buy a bigger
house, or buy another house--was created. It started the process that I
refer to as the "Three Little Pigs."

Main Street wanted to make as much money as possible by investing in
housing. Wall Street always wants to make as much money as possible, so this
time they figured out how to finance the housing demand with incredibly
leveraged products. The Pennsylvania Avenue pigs wanted to get as many votes
as possible, so they pushed on the process to create ease of access to
mortgages by the most possible constituents.

We all know how badly this has ended. People are scared. They will increase
their savings and change their investment habits. Investors are moving away
from non-transparent investing to the old style of investing, where you know
and understand what you own.

It is the nature of markets to be cyclical. With each turn of this cycle, we
face a period that seems unique, though its precedents are usually numerous.
Our current economic downturn is no exception to this rule. 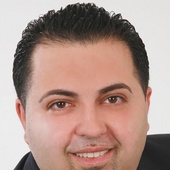