For Northeast Florida it is the beautiful St. Johns River. The St.Johns begins its journey to the north 310 miles south of Jacksonville in the general vicinity of Melbourne Florida, as an area of wetlands. By the time it reaches my "Old Florida" hometown of Green Cove Springs, on her west bank,  St Johns requires that the Shands Bridge span a 1 mile arc over her wide flowing water, with abundant fish, wildlife, birds, grasses and cypress trees, to where her east bank meets St. Johns County, to find waterfront estates, Julington Creek Plantation and the new Rivertown development. As she moves north from Green Cove Springs. Her waters spill into the Black Creek,

a haven for people that love the water for living and recreation, boating, jet skiing, fishing and all things to do with the waterfront living lifestyle.

Moving on towards Fleming Island she graces lovely waterfront homes and gives her waters to Drs. Lake with a calm, safe harbor for boaters and manatees alike. When she reaches Orange Park her banks are decorated with riverfront homes and the elegant Club Continental inviting you to gourmet dining and old world ambiance.

She moves on leaving Clay County at the Buckman Bridge before entering Jacksonville (Duval County) and making her way by Naval Air Station Jacksonville, onward to the established neighborhoods of Ortega and Venetia with the Timuquana Club opened in 1923 and  many lovely homes that overlook the cityscape of Jacksonville's downtown. Flowing onward north she passes Avondale and Riverside with stately mansions that staked their claims to the river in the late 1890's. Now, her waters quicken as she nears downtown Jacksonville, beginning her first eastern turn she passes under the Fuller Warren Bridge and quickly glides under the Acosta and Main St. Bridges and into the heart of downtown with San Marco and Southside on the south bank and the heartbeat of the city, high rise office buildings, hotels and condominiums on the north bank. Here she will listen to the fans roar for the Jaguars at Memorial Stadium. Now she fast approaches the Hart Bridge and makes her last north turn, taking her past Arlington and under the Matthews Bridge, the last of the downtown bridges. Soon she will reach Sandfly Point and the coast guard station where she begins her turn east for the last time. At this point she will rush to meet the magnificent Dames Point Bridge, rising 175 feet above her waters, and the fast growing north side of town, past the bluffs of Arlington, as she approaches Ft. Caroline beyond.

As she begins to meet the end of her journey, she will blend her waters with the Intracoastal Waterway, where the estuaries provide the nurseries for countless fish and wildlife. She comes to her end, almost, at Mayport and the Naval Air Station, performing one more task, the one that now brings in on her tides  the cargo and cruise ships, the shrimp boats, fisherman, pleasure boaters and soon the new nuclear carrier and its attendants into the Port of Jacksonville. She has completed her journey.

The St. Johns River on her 310 mile journey to the north has provided, for us, water for the aquifer, she has feed and they her, many rivers, lakes, creeks, streams, sloughs, wetlands and marshes, given habitat for untold numbers of birds and all manner of wildlife in all their wonderful, beautiful diversity.

The St. Johns River is emphatically, "The River of Life". 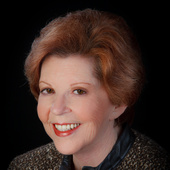