This was not the most robust January on record for McKinney housing starts, but there are some bright spots. The builders are sticking to their guns and not starting any new homes except build to suits. That has helpped reduce the inventory of completed new homes. The bright spot here is that buyers (and there are  still buyers out there) with an immediate need for a house will have a large selection of resale properties. There were actually ony 20 residential building permits issued in January. In January of 2008 there were 75 permits issued and in January 2007 there were about 170 issued. The McKinney planning department estimates that there are 122,083 residents in the city which is about 1,100 more than we had last January. 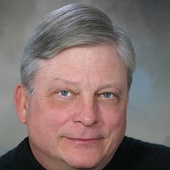