When the U.S. Congress brought Oregon into the Union in 1859 it declared free access along Oregon's navigable waterways for all the people of the Country. In the 150 years since however, Oregon has not maintained nor enforced a consistent claim of ownership of its river channels, but has allowed deeding of private ownership of riverbanks and land under the rivers to stand unchallenged. Then in 1995, Oregon's Land Board began performing studies on a number of the State's rivers, including portions of the Rogue River, to determine their navigability. Upon proving a waterway navigable, the State has then claimed ownership of the land under the waterway and the banks of the waterway up to the high water marks. It could be argued that the State had forfeited its property rights, according to adverse possession law, by allowing title to private properties along its waterways to go undisputed for the minimum 10 years. It is, of course, difficult to argue successfully against the State.

Even so, as you might imagine, many people who own homes along Oregon's rivers are outraged, and consider this a land grab by the State. Deeded waterway property rights have sometimes belonged to families for generations, many homeowners have paid a premium for waterfront privacy, and many have paid property taxes for years on land the State is now claiming. Riverfront landowners who would like to sell their properties now must disclose to prospective buyers that the State may one day take away part of the property being sold.  Not surprisingly, many riverfront landowners are suing the State in hopes of keeping their property rights intact. The resulting lawsuits could take years to resolve though, cost all of us in taxpayer monies that are already insufficient to cover the State's needs, and will continue to create uncertainty in real estate transactions.

Oregon State Senator Alan Bates (D-Ashland) has a vision that could go far in resolving this conflict.  He would like to enact legislation that protects the rights of property owners along the Rogue River and other Oregon waterways, but still maintains public access from bank to bank. Similar "floatage easement" legislation has already been successfully enacted in Montana. Such a law would seem to capture the spirit of preserving the public's right to use navigable waterways (as well as defining what that use entails), without taking established landowner property rights. This proposed legislation is currently being reviewed by legal and constitutional experts, including the Oregon Attorney General's office, prior to consideration by the Oregon Legislature. 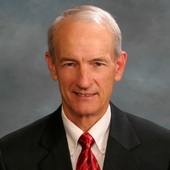