The year 2008 was certainly one like no other.  A market where foreclosures and short sales have become commonplace is certainly uncommon compared to years past.  The year presented new challenges to bringing buyers and sellers together.  (Fortunately, there are some key initiatives in play to make this effort easier for all.)  Here is a quick wrap-up of the 2008 housing market.

1.  Prices have fallen.  It is the reality of the marketplace, and many homeowners are finding that their homes are worth less than they paid for them, even after substantial improvements were made to the property.  The good news is that housing affordability is now more in line with historic norms.

2.  The number of sales for 2008 did not drop as much as it did in years past.  Sales are still steady.  The composition makeup of the sales is what has changed.  More lower priced homes are selling more quickly.

3.  The average square footage of closed sales declined, mostly in part to the rise in foreclosure sales, which tend to be smaller in structure as a whole.  Also, fewer new construction permits have been pulled, and most new construction plans tend to be larger than older homes built decades ago.

4.  The price per square foot declined in 2008, as did the median home sale price.

5.  The percentage of list price received has dropped from over 98% to 91% on average.  Motivated sellers are offering more concessions and greater discounts to get a home sold in today's market.

Now is a good time for homeowners to sit tight if downsizing, upsize if that is the need or desire, refinance if "staying put" is an option, and invest in real estate if owning a rental suits you. 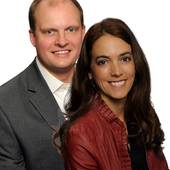