I think the hole thing is crazy. I mean why would you help lenders who made bad loans and why would you help people who took loans they could not pay. Don't get me wrong there are a few and I mean a very small few who did everything they could to make ends meet and could not. There are a lot of people who have lost there home and it is there fault and I believe there are a lot more of these folks then the other. I mean lenders gave money to people who should not have every been able to buy and now the people who mange there money and should be home owners are not spending money because we are not sure how big of a hole this and are gov is going to let it get. I mean uncle sam is dumping money to us to get us spending money so things will be fixed. OK maybe for the short term. How bout in the 30's when we dumped money into building the high ways to make new jobs yea that helped, It only looked like it was a good thing but what really got us going was the end of world war 2 because all the factory's in the world had been blown up and we were the only country that had not so we had all kinds of demands to x-port. That's what saved us then and now are gov is trying to flood money every place and it will work for what a year maybe 3 years who knows but this patch will break and be even bigger then now. I hope I'm wrong. 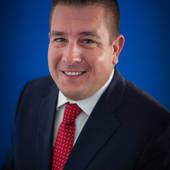