The $15,000 Homebuyer's Tax Credit became a casualty of the stimulus compromise deal reached yesterday. The latest version of the Stimulus Bill has been scaled back to an $8,000 tax-credit for first-time home buyers, a $500 increase over a similar credit introduced last year. The Congressional Budget office had estimated  the cost of the original $15,000 credit at $35.5 billion. The estimate of the revised credit is closer to $3.7 billion.

The credit is $8,000 or 10% of the value of the home for any first time homebuyers who purchase homes from the start of the year until the end of November. It is retroactive to Dec. 31, 2008 and will last through the end of November, which means that a first time homebuyer who purchases a house this year won't have to repay it.  It starts phasing out for couples with incomes above $150,000 and single filers with incomes above $75,000, and buyers will have to repay the credit if they sell their homes within three years. First time buyers who used the $7,500 credit in 2008 will still have to pay it back over a 15-year period.

It is disappointing that it did not make it. This would have made an impact. The 15k proposal was a tax credit and not a loan that needed to be paid back - BIG DIFFERENCE!

It's extremely disappointing that our representatives don't seem to realize the significance of more aggressively addressing what needs to be done in housing.

The original tax credit approved by the Senate would have provided a much needed stimulus to our industry and the economy. 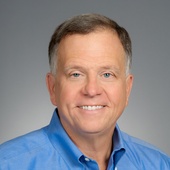