As home values across the country continue to plummet, the authorities say a new breed of swindler is preying on the tens of thousands of homeowners desperate to avoid foreclosure.

Until recently, defrauders tried to bilk homeowners out of the equity in their homes. Now, with that equity often dried up, they are presenting themselves as "foreclosure rescue companies" that charge upfront fees to modify loans but often do nothing to stave off foreclosure.

"There's no way for the consumer to sort out the legitimate companies," said Mr. McCollum, who added that he had limited resources to fight what he called "a sheer volume question."

The companies under suspicion typically charge an upfront fee of up to $3,000 to help borrowers get lower rates on their mortgages from their lenders. But borrowers often cannot afford the fees, the service can be bogus and, in the worst cases, the homeowners lose their chance to renegotiate with their bank or to file for bankruptcy protection because of the time wasted.

There are companies that provide legitimate foreclosure services, but the industry is largely unregulated, making it difficult for homeowners to separate the good from the bad. Some of the fraudulent companies - often run by former real estate agents or mortgage brokers - are local; others are national. Many have official-looking Web sites that suggest that the companies have government affiliations and give homeowners a false sense of security.


In California and 20 other states, including New York, companies are prohibited from collecting payment until they have completed their services, something Ms. Martinez did not know. In Colorado, the attorney general's office has closed 15 mortgage rescue companies that charged fees up front.

When the loan servicer notified her that the house was still in foreclosure, Miss McClelland said, the representative from Foreclosure Solutions Experts told her that the matter had been taken care of.

"She told me everything was all settled; I don't have to worry about anything," Miss McClelland said. "All I had to worry about was getting the rest of the money to her."

According to a suit brought by the Illinois attorney general in November, Foreclosure Solutions Experts does little or nothing to help consumers, and when it does take action, the result is often a repayment plan unsuited to the borrower's ability to pay. The suit alleges that the company never contacted Miss McClelland's lender, HSBC.

Illinois is one of the states that bans upfront payments to foreclosure rescue companies. The attorney general's office has received "thousands" of complaints about such companies, said Michelle Garcia, an assistant attorney general, and the suit against Foreclosure Solutions Experts is one of 22 filed by the state.

Stacy Strong, who runs Foreclosure Solutions Experts, did not return calls for comment.

Advocates say foreclosure rescue scams are particularly insidious because they prey on people's desperation and because they victimize those who can least afford it.

Borrowers seeking loan modification are often frustrated that they cannot reach the right people at their lender or that the lender insists on a repayment plan they cannot keep, said Ira Rheingold, executive director of the National Association of Consumer Advocates.

Often the scammers represent themselves as having connections to government groups, or copy the name and typography of the Hope Now program, an alliance of nonprofit, government and lending agencies, said Marietta Rodriguez, director of national homeownership programs at NeighborWorks America, a nonprofit group that provides free government-certified foreclosure counseling through 235 local organizations.

"Several took the Hope Now Web site and just reskinned it with their own information, or they use government seals," Ms. Rodriguez said. "They're very crafty, and their marketing strategies are aggressive."

"Our advice to consumers is to contact their loan servicers directly or to call Hope Now or HUD-approved housing counselors," she said.

Mayor Antonio Villaraigosa had a press release in January 26,2009 regarding Sounding the Alarm about Loan Modification scam

Antonina......Welcome to ActiveRain.  This is a great community to network with others as well a great place to learn from other's experiences and knowledge.  I've enjoyed it; I hope you enjoy it as well.

Hi and welcome to active|rain.

There are thousands of tips, tools, and tricks of the trade here. Be sure to check them out. Best of luck and see you around.

Welcome!  If ever you were to have any questions then feel free to contact us and we'll try to help. Please take a look at our blog. for links to valuable information in our blog that you can use to navigate this extensive network.

It's sad to hear that people are taking advantage of others during these economic times but it certainly wouldnt' be the first time it's happened in the past.

We hope you have a great day, All The Best-

Thank you for the nice welcome....

I'm very excited to have found a place where I can express myself and have others in the same field reply. I have to thank Diane Dames for referring me to this site.

Welcome to the Active Rain community. This is a great site with lots of information.  Have fun with it and hope to see more of your blogs soon!  We have a team of three outstanding full time agents to assist your buyers and sellers in Spartanburg/Greenville, SC.  Let us know if we can ever help. Again, welcome to AR!!

Hi and welcome to Active Rain, a great site to network, share, learn, and have fun. Good luck. And if you ever need an agent in the upstate of South Carolina, please call me.

Congratulations on joining Active Rain. This is a great professional networking and referral site. Our Team is working here in the Spartanburg / Greenville areas of South Carolina. We would be thrilled for any referrals you might send our way - or any referrals that we could send to you. Hope you enjoy this site as much as I do. 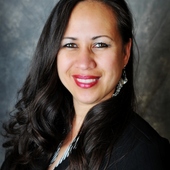