One of the real challenges in this economy is, quite frankly, getting business. People are worried over their jobs, their savings and what in general is going on in the economy. The TV ‘talking heads' all spout doom and gloom and it is rare to hear a story about any sort of success in our economy. You will hear about lay-offs and company closings but do you ever hear about the business than actually increased their sales by 5% in 2008 (my local Harley Davidson dealership did.)? I doubt that you heard a peep out of the media on a POSITIVE subject. It just isn't all that interesting...

Why am I talking about this? Mostly as a lead in to one major part of my business and that is getting people to believe that as a Realtor, I can actually MAKE them more money buy selling their home than they can trying to sell it themselves.

There are those discount rate MLS services, Internet services like ForSaleByOwner.com and Craig's List, and all of the other ways they can sell their home through without having to pay any commission to a Realtor. How hard can it be to sell a home anyway? All I'm paying that real estate person for is to open my door and show off my home. I can do that myself. Marketing? HA! I can place an ad on Craig's List just as easy as anyone else can and I don't have to pay a dime to anyone for it!

I have one prospect that I talked to last August 2008. He was just starting to get his home ready to put on the market as a For Sale By Owner (FSBO to the real estate crowd). We talked about his options and he already had planned to list his home through a discount MLS service. At the time, I was VERY new to the business and didn't really have any experience to back up my feelings that I could help this person better as a full time Realtor so I didn't push him to list with me.

I waited a few weeks and then spotted his ad on our MLS service. Oh boy! Even at my rather low level of experience as a Realtor, I saw some things that immediately set off my alarm bells. The listing had few photo's, no room dimensions and was offering a 1% buyers commission. Since this person and I had already established a relationship, I felt it was OK for me to ‘advice' him without violating any ethical standards. I sent him a letter pointing out some of the flaws in this MLS listing and suggested he contact his listing agent and make a few tweaks to it. A week later, I reviewed the MLS ad and he had made all of the changes I had suggested. Score one for the full service Realtor!

This week (February 2009), I drove by this property and noted that it still had a FSBO sign in the yard. I went home, pulled up the MLS and noted that the listing had expired. I immediately sent this prospect a letter asking him to contact me prior to re-listing his home. My hope is that he recognized that I was trying to help him back in August and that I could do a much better job as a full service Realtor for him. As of now, I have yet to hear back so I plan on dropping by his home to try to talk to him.

It's just one of those instances where you just KNOW you can help someone but you have to convince that person that you're really NOT just after their money and really DO what to help them achieve their goal of selling their home.

It is not an easy thing to sell a home by yourself with no real estate training. I plan on talking about that in future blogs. 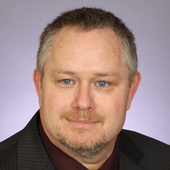