4 Ways to Pay for an Overly Pricey Tax Bill

A grim reality is about to set in for many taxpayers in the weeks ahead: They won't be able to pay Uncle Sam in full.

In fact, due to the rise in unemployment, declining wages and increases in personal bankruptcies and foreclosures that occurred in the past year, the number of Americans who will find themselves in this predicament is likely to be significantly higher than in years past. As a result, the Internal Revenue Service is preparing for the worst and making efforts to help ease the pain for many cash-strapped taxpayers.

"A common misconception is that the IRS will refuse to work with you," says Maureen McGetrick, accountant and partner at BDO Seidman.

That's especially not the case this year, says IRS spokeswoman Theresa Branscome, who notes that the agency will help make payments more manageable by offering such things as short-term extensions and payment plans.

If you think you'll be scrambling to afford your tax bill come April 15, here are some moves worth considering:

Plead your case
The worst decision a struggling taxpayer can make is to hide from the IRS. Fail to pay your taxes and you'll undoubtedly end up with a bigger tab after all the fees and penalties kick in.

Instead, call the IRS (800-829-1040). Explain your financial situation and request to work out a payment plan. The IRS may provide a short-term extension on your tax bill, waive penalties that would kick in with a late payment or suggest that you enter an installment payment plan.

Make a down payment
Taxpayers who can only afford to pay part of their tax bill - say, 50% -- but not all should pay as much as they can come April 15. There is no minimum percentage that the taxpayer must pay, and they don't need to contact the IRS before proceeding with this payment option, says Kip Dellinger, senior tax partner at Los Angeles-based accounting firm Kallman and Company. Once the IRS receives your return with a partial payment, you'll get a bill for the remaining amount about 45 days later.

Those extra few weeks may be enough time for you to shore up the cash you'll need to pay the remainder of the bill. Just don't wait too long. Any balance you carry will typically accrue interest, which changes each quarter, says IRS spokesman Eric Smith. The current interest rate is 5% annualized compounded daily, he says.

Apply for a monthly payment plan
Taxpayers who need several months -- or even a few years -- to pay their tax bill should consider applying for an installment agreement on IRS Form 9465.

These plans allow taxpayers to pay a fixed amount each month until their bill is paid in full and comes in two flavors: a guaranteed installment agreement and one that's not guaranteed. To qualify for the guaranteed plan, your tax bill (not including interest and penalties) must be $10,000 or less. In addition, during the past five years you must have filed your tax returns on time, paid income taxes in full and you must not have entered into an installment agreement for payment of income tax. And, in most cases, you'll have to agree to pay the full amount within three years.

Taxpayers who owe more than $10,000 (not including interest or penalties) or don't meet one of these requirements can apply for an installment agreement that's not guaranteed. Based on your tax returns, the IRS will confirm that you can't afford to pay your tax bill and determine an affordable monthly payment amount. Those who qualify for this plan will have up to 60 months (or longer in some cases) to pay off their bill.

With both payment plans, once a request is approved, you'll have to pay a fee of $43 to $105 depending on income and method of payment. You will also have to pay interest on any unpaid portion of your tax bill.

To qualify, you need to prove that you don't have the assets or the income to pay the full amount or must demonstrate that paying the total tax bill would create an economic hardship. Be prepared for the IRS to assess all of your assets, including cars, real estate and bank accounts. 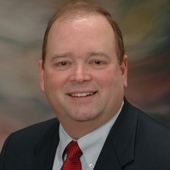