I am the mother of three wonderful people.  Two young men and one young lady.

All of my children are now adults and two of them are having children of their own.  I have two grandsons that will be born in March.

This post is about my boys...sorry...men.  My oldest will be 25 next month.  He is a seargent in the Marine Corps.  He has served 3 tours in Iraq, his first one being right out of highschool at the beginning of the Iraq war.  I remember his first tour there and watching his unit being attacked on CNN.  I remember holding my crying daughter and praying.  He is due to go either to Iraq or Afghanistan next month.

He is a remarkable young man.  He loves his country, his family, his soon to be nephews and now he also loves a beautiful, intelligent young lady.  We have welcomed her with open arms and will be there to help her while he is away.

He was home last Christmas and I had to have a talk with him that I never...as a parent...dreamed I would hav to talk about with one of my children.  We had to talk about his funeral arrangements should something happen to him this time.  We also had to discuss his financial wishes as well.

I also have another son.  He, too, is in the Marine Corps.  He is also going to be a father next month.  About a year and a half ago his older brother took him by the scruff of the neck to help him get on track.  He was going through a rebellious period and his big brother took him to the recruiter's office and he signed up to follow in his footsteps.

This week my younger son called me to let me know that he, too, will be going into harm's way.  He will be leaving this summer.  I don't know if I will get to see him before he goes, but I know that for the second time in less than a year, I will be having the conversation with him that I had with his older brother at Christmas.

This has been a very emotional week for me.  I am not a crier.  I typically cry maybe twice a year.  It seems that I have cried more often this week than ever before.

My children are all amazing people.  They all have a passion for what they do and the sharpest senses of humor.  This last Christmas was soooo much fun.  I watched my adult children interact with one another and openly show their love.  They embraced the time we had together and embraced each others spouses or soon to be spouses.  We did nothing but smile and laugh.

I don't know how to end this post.  To me this feels like a journal entry so I will probably only post it in a couple of groups.

Please pray for my boys....although they are men now....when I think of them I picture them as boys.  I can see my oldest at the age of 3, sitting on his father's dirt bike with his daddy's helmet...way too big on his head.

And I see my younger son...2 years old...standing at the foot of his bed smiling up at me and singing twinkle twinkle little star.

I am so proud of them and I love them very much.

Groups:
Diary of a Realtor
One Great Thing 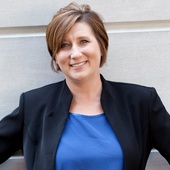