The Indian Rocks Beach City Commission voted on Feb. 10 to make golf carts street legal on most of its roadways. If you've never been there, Indian Rocks is a quirkly little beach town dotted with cottages along a white sandy beach. Many residents get around on foot or by bike, visiting the local art shops and restaurants.

To be street legal a golf cart must be equipped with seat belts, headlights, turn signals, stop lamps and parking brakes, a windshield, rear view mirror and can only be driven by a licensed driver.

It's not all good news though. The vote permits golf carts on streets owned and operated by the municipality, but not on Gulf Blvd,  which is owned by the state (South of Walsingham) and the county (North of Walsingham). In order to get to the beach, drivers must cross Gulf Blvd. The city will need to address whether or not carts are able to safely cross Gulf Blvd and identify crossing locations with signage. Indian Rocks Beach is the first of the gulf beaches to adopt golf carts, but there are a few other nearby communities that permit them.

In 2005  Ozona and Crystal Beach (although "beach" is in the name, it is not one of the gulf beach barrier islands) became the first communities in Pinellas County to allow golf carts, and Pinellas Park is now considering it. 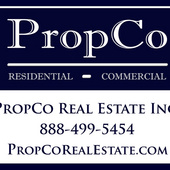 Up to date real estate information and news covering the beachside communities of Belleair Beach, Sand Key, and Clearwater Beach.