One of the reasons I like living in San Mateo County is to enjoy our many local cultural events.

As I write this, it is February 14, Valentine's Day, 2009. Today is an appropriate day for the publication date of Spade & Archer, because it was 79 years ago today, on February 14, 1930, that Dashiell Hammett's The Maltese Falcon was first published.

I enjoyed attending the launch event. The bookstore was crowded with everyone from casual mystery readers to long-time fans of Dashiell Hammett and Joe Gores, including Mark Coggins and other local mystery writers.

The event was emceed by local publisher and Hammett researcher Vince Emery.  Joe Gores told stories about how he worked as a San Francisco detective, repo man, and tracer of missing persons. I was interested to hear how Gores' adventures gave him insights that he put to use writing Spade & Archer. Gores also told funny stories about his experiences attending Stanford, where he earned his master's degree in writing. He also told how he got to know Hammett's daughter Jo and her family, and how he persuaded Jo to give him permission to write Spade & Archer. He concluded to a huge round of applause. Then a long line formed for Gores to autograph books. I had a great time.

P.S.  Publisher Vince Emery, who emceed the event, happens to be my husband and has published a book called Lost Stories which is a book of 21 short stories that Dashiell Hammett wrote and was first published in monthly periodicals back in the 1920s and 1930s.  The latest book Vince is publishing is Don Herron's The Dashiell Hammett Tour: Thirtieth Anniversary Guidebook of the Hammett walking and driving tour of San Francisco.  This is due to come out on March 16th for any Dashiell Hammett fans out there. 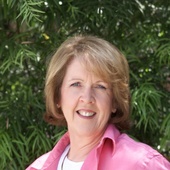