After just over three years here in Florida, my family has had enough of the flatlands. We are going to move back north, to North Carolina that is. We will probably settle somewhere in the general area of Charlotte or Raleigh since that is where my wife and daughter have friends. I would appreciate any comments on the real estate markets there at this time.

The market here in Orlando would actually be very good were it not for the after effects of the speculator "locusts" we had in 2004/2005. From what I have read, North Carolina was spared that plague.  Anyone have a recommendation on choosing between Charlotte and Raleigh? They are both great places to live.

Hi Greg, I post an article for the Raleigh Market on Realtor.com under Market Conditions.  You can also send me a private message and I will call you back to discuss the market.

In addition the Localism site has articles published under "Market Reports".  I write one there also.  These sources would also be a good reference for the Charlotte area.

I live about 45 minutes from Charlotte.  I have also lived in Raleigh and Wilmington.  If you want an area that is growing extremely quickly check out Lake Norman.

Hi Greg, The Charlotte real estate market is HOT compared to most parts of the country.  I live and work about 30 minutes from downtown Charlotte in Concord NC (Cabarrus County).

If you'd like to learn about the market in the Charlotte Area, I'd be glad to set up a personal website for you based on criteria provided by you.  If you have a particular price range and specific home/community features in mind I can put a search on your website for each of the areas surrounding Charlotte.  Your website would be updated daily directly from the MLS.  If you think that you might be interested check out this sample website and let me know if I can be of assistance.

Hello Again Greg... You may want to check out this website for information Charlotte, Raleigh and many other areas in North Carolina.  I think you would find it very helpful.  ENJOY! 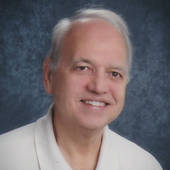 almost 13 years ago
bookmark_borderbookmark
Just how bad is the market in your area?
View more Recent Posts   arrow_forwards